The 10 reactions of glycolysis, summarized in Figure \(\PageIndex{1}\) can be divided into two phases. In the first 5 reactions—phase I—glucose is broken down into two molecules of glyceraldehyde 3-phosphate. In the last five reactions—phase II—each glyceraldehyde 3-phosphate is converted into pyruvate, and ATP is generated. Notice that all the intermediates in glycolysis are phosphorylated and contain either six or three carbon atoms.

When glucose enters a cell, it is immediately phosphorylated to form glucose 6-phosphate, in the first reaction of phase I. The phosphate donor in this reaction is ATP, and the enzyme—which requires magnesium ions for its activity—is hexokinase. In this reaction, ATP is being used rather than being synthesized. The presence of such a reaction in a catabolic pathway that is supposed to generate energy may surprise you. However, in addition to activating the glucose molecule, this initial reaction is essentially irreversible, an added benefit that keeps the overall process moving in the right direction. Furthermore, the addition of the negatively charged phosphate group prevents the intermediates formed in glycolysis from diffusing through the cell membrane, as neutral molecules such as glucose can do.

In the next reaction, phosphoglucose isomerase catalyzes the isomerization of glucose 6-phosphate to fructose 6-phosphate. This reaction is important because it creates a primary alcohol, which can be readily phosphorylated.

The subsequent phosphorylation of fructose 6-phosphate to form fructose 1,6-bisphosphate is catalyzed by phosphofructokinase, which requires magnesium ions for activity. ATP is again the phosphate donor.

Isomerization of dihydroxyacetone phosphate into a second molecule of glyceraldehyde 3-phosphate is the final step in phase I. The enzyme catalyzing this reaction is triose phosphate isomerase.

In the initial step of phase II, glyceraldehyde 3-phosphate is both oxidized and phosphorylated in a reaction catalyzed by glyceraldehyde-3-phosphate dehydrogenase, an enzyme that requires nicotinamide adenine dinucleotide (NAD+) as the oxidizing agent and inorganic phosphate as the phosphate donor. In the reaction, NAD+ is reduced to reduced nicotinamide adenine dinucleotide (NADH), and 1,3-bisphosphoglycerate (BPG) is formed.

BPG has a high-energy phosphate bond joining a phosphate group to C1. This phosphate group is now transferred directly to a molecule of ADP, thus forming ATP and 3-phosphoglycerate. The enzyme that catalyzes the reaction is phosphoglycerate kinase, which, like all other kinases, requires magnesium ions to function. This is the first reaction to produce ATP in the pathway. Because the ATP is formed by a direct transfer of a phosphate group from a metabolite to ADP—that is, from one substrate to another—the process is referred to as substrate-level phosphorylation, to distinguish it from the oxidative phosphorylation.

The final step is irreversible and is the second reaction in which substrate-level phosphorylation occurs. The phosphate group of PEP is transferred to ADP, with one molecule of ATP being produced per molecule of PEP. The reaction is catalyzed by pyruvate kinase, which requires both magnesium and potassium ions to be active.

Many topics covered in the course have touched on different aspects of diabetes and the role of insulin in its causation and treatment. Although medical science has made significant progress against this disease, it continues to be a major health threat. Some of the serious complications of diabetes are as follows: 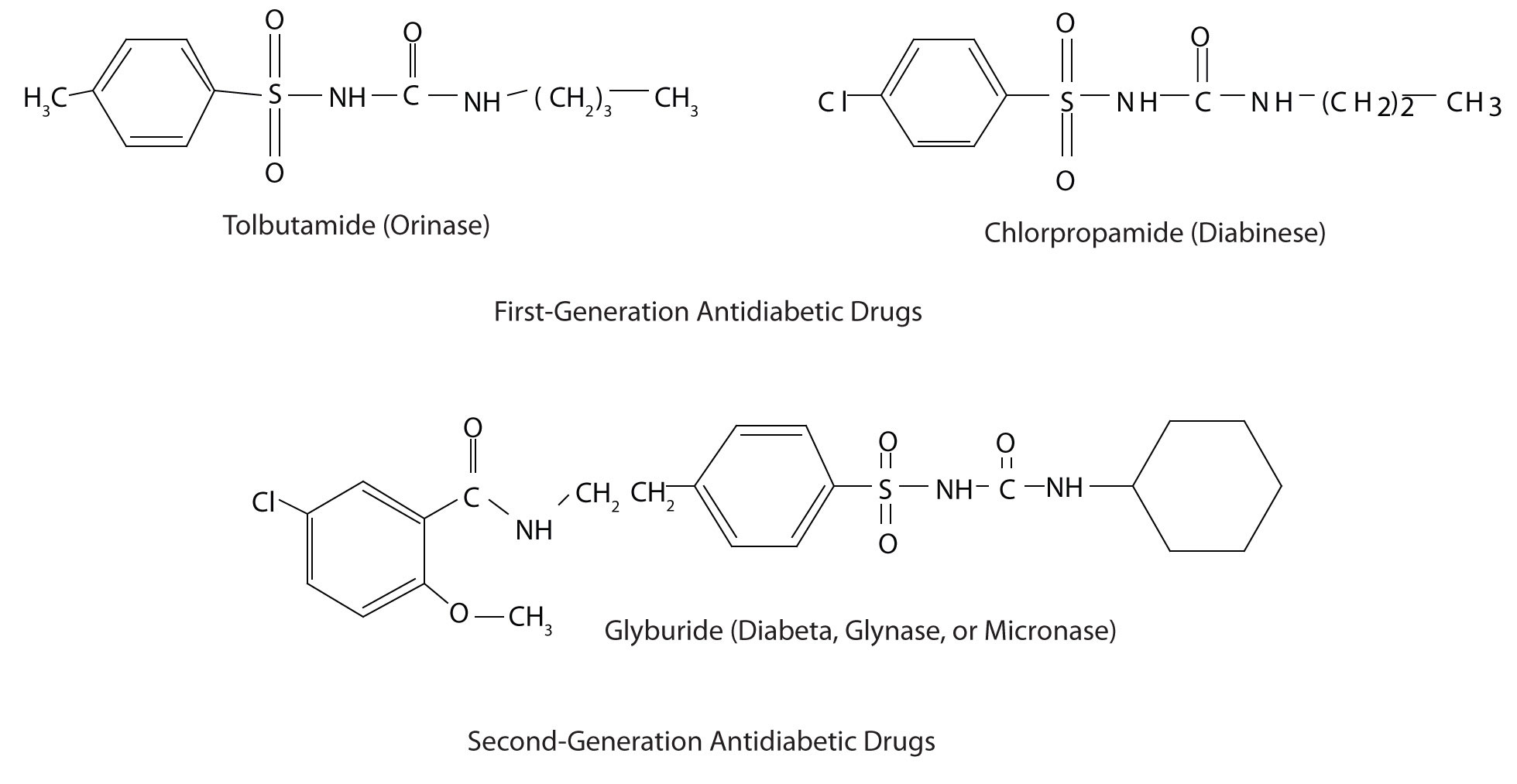 The presence or absence of oxygen determines the fates of the pyruvate and the NADH produced in glycolysis. When plenty of oxygen is available (aerobic conditions) pyruvate is completely oxidized to carbon dioxide, with the release of much greater amounts of ATP through the combined actions of the citric acid cycle, the electron transport chain, and oxidative phosphorylation. However, in the absence of oxygen (anaerobic conditions), the fate of pyruvate is different in different organisms. In vertebrates, pyruvate is converted to lactate, while other organisms, such as yeast, convert pyruvate to ethanol and carbon dioxide. These possible fates of pyruvate are summarized in Figure \(\PageIndex{2}\). The conversion to lactate or ethanol under anaerobic conditions allows for the reoxidation of NADH to NAD+ in the absence of oxygen.

Contrast this result with the amount of energy obtained when glucose is completely oxidized to carbon dioxide and water through glycolysis, the citric acid cycle, the electron transport chain, and oxidative phosphorylation as summarized in Table \(\PageIndex{1}\). Note the indication in the table that a variable amount of ATP is synthesized, depending on the tissue, from the NADH formed in the cytoplasm during glycolysis. This is because NADH is not transported into the inner mitochondrial membrane where the enzymes for the electron transport chain are located. Instead, brain and muscle cells use a transport mechanism that passes electrons from the cytoplasmic NADH through the membrane to flavin adenine dinucleotide (FAD) molecules inside the mitochondria, forming reduced flavin adenine dinucleotide (FADH2), which then feeds the electrons into the electron transport chain. This route lowers the yield of ATP to 1.5–2 molecules of ATP, rather than the usual 2.5–3 molecules. A more efficient transport system is found in liver, heart, and kidney cells where the formation of one cytoplasmic NADH molecule results in the formation of one mitochondrial NADH molecule, which leads to the formation of 2.5–3 molecules of ATP.

The total amount of energy conserved in the aerobic catabolism of glucose in the liver is as follows:

In glycolysis, how many molecules of pyruvate are produced from one molecule of glucose?

In anaerobic glycolysis, how many molecules of ATP are produced from one molecule of glucose?