Retinal is a light-sensitive molecule, derived from vitamin A, that is found in the rod cells of the eye. When light enters the eye through the retina, one form of retinal is converted to a diastereomer when a cis double bond is converted to trans (we''ll learn how this happens in chapter x). This changes the shape of the molecule and the way that it binds to the vision protein rhodopsin, which in turn initiates a chain of events that leads to a signal being sent to the vision center of the brain.

While the terms cis and trans are quite clear in the examples above, in some cases they can be ambiguous, and a more rigorous stereochemical designation is required. To unambiguously designate alkene stereochemistry, it is best to use the designators 'E' and 'Z' rather than trans and cis. To use this naming system, we first decide which is the higher priority group on each carbon of the double bond, using the same priority rules that we learned for the R/S system. If the higher-priority groups are one the same side of the double bond, it is a Z-alkene, and if they are on the opposite side it is an E-alkene. A memory device that many students find helpful is the phrase 'Z = zame zide'. 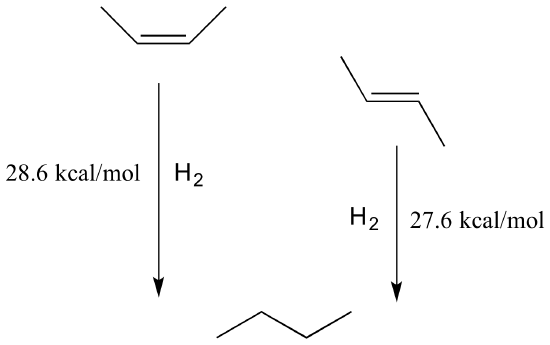 Exercise 3.25: Label the alkene groups below as E, Z, or N (for a nonstereogenic alkene).

Exercise 3.26: The compounds shown below were all isolated from natural sources and their structures reported in a 2007 issue of the Journal of Natural Products, an American Chemical Society publication. Label all alkene groups that are not inside 5- or 6-membered rings as E, Z, or N (for a nonstereogenic alkene). 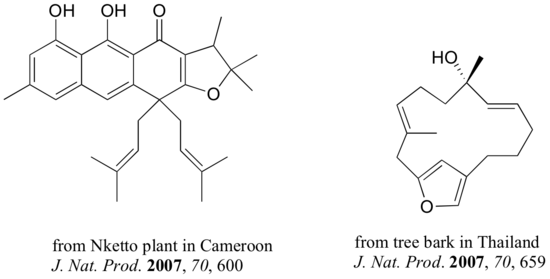 Exercise 3.27: Draw the enantiomer of each the compounds below, and assign configurations to all chiral centers and stereogenic alkenes. How many diastereomers are possible for each of the structures you drew?