Finally, hydrogens that can be designated neither enantiotopic nor diastereotopic are called homotopic. If a homotopic hydrogen is replaced by deuterium, a chiral center is not created. The three hydrogen atoms on the methyl (CH3) group of ethanol (and on any methyl group) are homotopic. Exercise 3.29: Identify in the molecules below all pairs/groups of hydrogens that are homotopic, enantiotopic, or diastereotopic. When appropriate, label prochiral hydrogens as HR or HS. 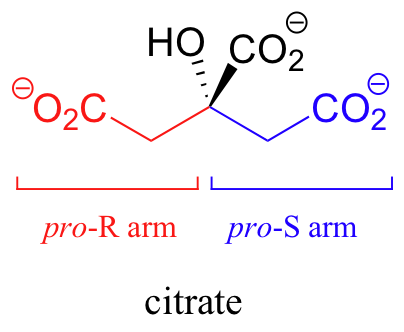 Exercise 3.31: For each of the carbonyl groups in uracil, state whether we are looking at the re or the si face in the structural drawing below.