In a DNA nucleototide, the sugar is missing the hydroxyl group at the 2' position, and the thymine base (T) is used instead of uracil. The conventional numbering system used for DNA and RNA is shown here for reference - the prime (') symbol is used to distinguish the sugar carbon numbers from the base carbon numbers.

The two 'hooks' on the RNA or DNA monomer are the 5' phosphate and the 3' hydroxyl on the sugar, which in DNA polymer synthesis are linked by a 'phosphate diester' group. By convention, DNA and RNA sequences are written in 5' to 3' direction. 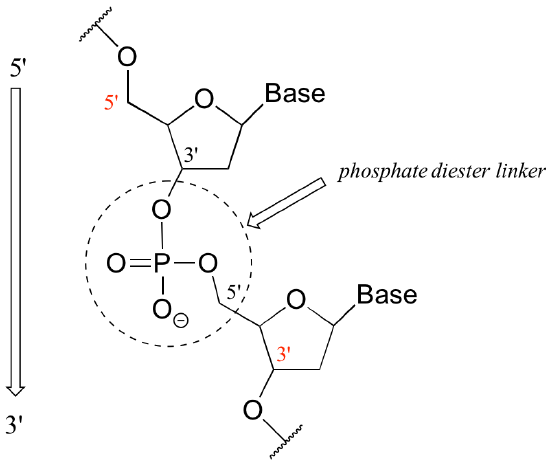 Back to chapter 1 main page ⇒