In an earlier experiment, an unknown crystalline product of an unknown formula was prepared. It is often common for crystalline structures to contain water, and so in this experiment, it will be determined if this unknown is one of the many solid chemicals that are classified as hydrates. The purpose of this experiment is to determine how much if any water is present in the unknown crystals. A hydrate contains water chemically bound in the solid state so that it is present in the compound in stoichiometric amounts.

Before beginning this experiment, the crystals should have been allowed to dry at room temperature in your locked drawer, weighed, and stored in a brown bottle. Then, bottle the bottle with the cap. Then, prepare a table in your research notebook for recording the masses that you will be determining on the analytical balance and the data and time that you do the weighings.

Follow the specific instructions in the lab manual for preparing for the weighing bottles.

After preparing the weighing bottles, weigh each weighing bottle on the analytical balance to the nearest 0.0001 g. Record the masses, time and date in the prepared format in your notebook. Place specified amount of the unknown crystals into each weighing bottle. Weigh the weighing bottles containing the green crystals to the nearest 0.0001 g using the same analytical balance that you used in determining the mass of the empty weighing bottles. Record the masses in your laboratory notebook. Place the weighing bottles in a 50mL beakers in a 800 mL beaker, cover with a watch glass, and heat for specified time at some temperature to drive off the water of hydration. Do not leave the crystals in the oven for more than specified time, or they may begin to decompose and turn brown. 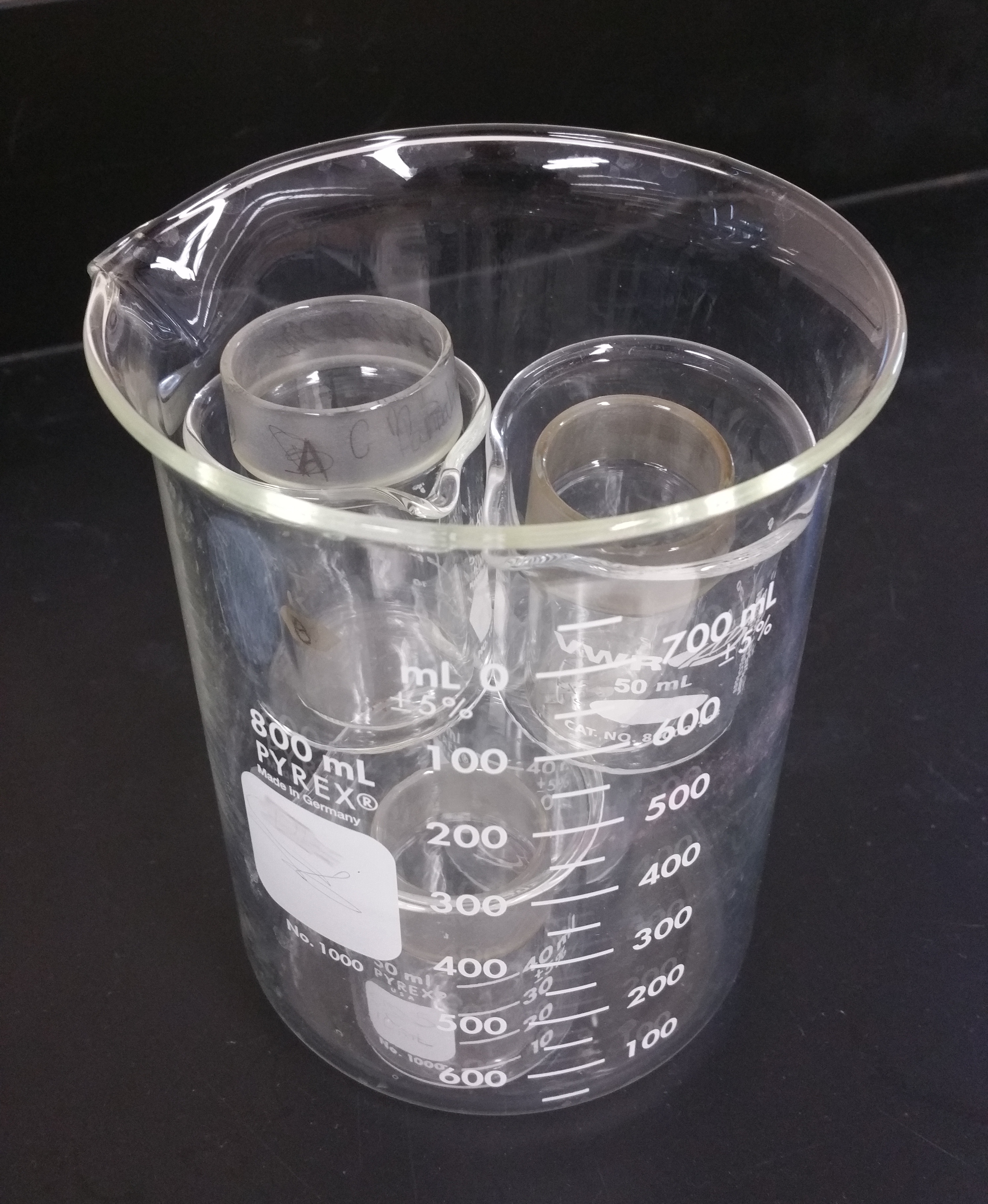 After cooling the samples in the desiccator for at least 30 minutes, again weigh each weighing bottle plus sample to the nearest 0.0001 g using the same analytical balance that you used prior to heating the crystals. Record in notebook. Return the weighing bottles to the oven for an additional specified amount of heating, followed by cooling, and weighing to ascertain whether more water has been driven off. Record this in your notebook. Repeat this procedure until weighing bottles plus contents have a constant mass (masses agree within specified range).