Transamination is an exchange of functional groups between any amino acid (except lysine, proline, and threonine) and an α-keto acid. The amino group is usually transferred to the keto carbon atom of  α-ketoglutarate, converting the α-keto acid to glutamate. Transamination reactions are catalyzed by specific transaminases (also called aminotransferases), which require pyridoxal phosphate as a coenzyme.

Another important example of a transamination reaction is the formation of aspartate, which is used during urea formation. In this case, the acceptor of the amino group is oxaloacetate. For example, aspartate can be obtained from another amino acid such as alanine:

Figure \(\PageIndex{2}\): A transamination reactions in which aspartate is formed. In this case, oxaloacetate is the amino group acceptor

In the breakdown of amino acids for energy, the final acceptor of the α-amino group is α-ketoglutarate, forming glutamate. Glutamate can then undergo oxidative deamination, in which it loses its amino group as an ammonium (NH4+) ion and is oxidized back to α-ketoglutarate (ready to accept another amino group): 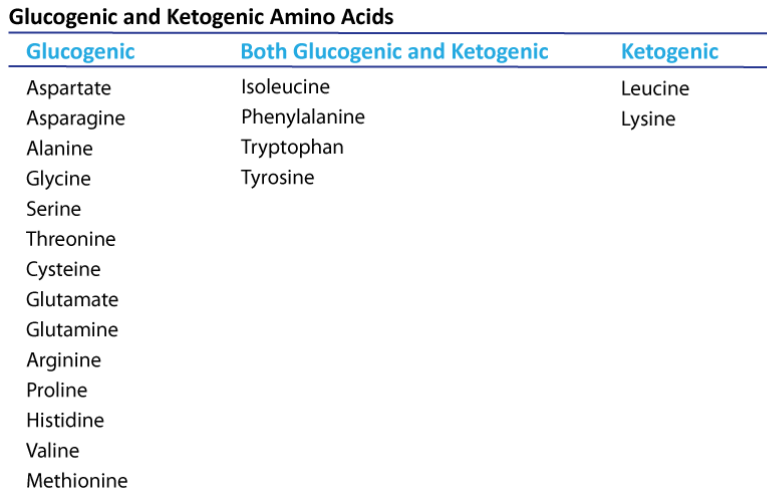