A complete PDF version of Organic Chemistry With a Biological Emphasis is available here as a free download. Section 4.1: Mass spectrometry 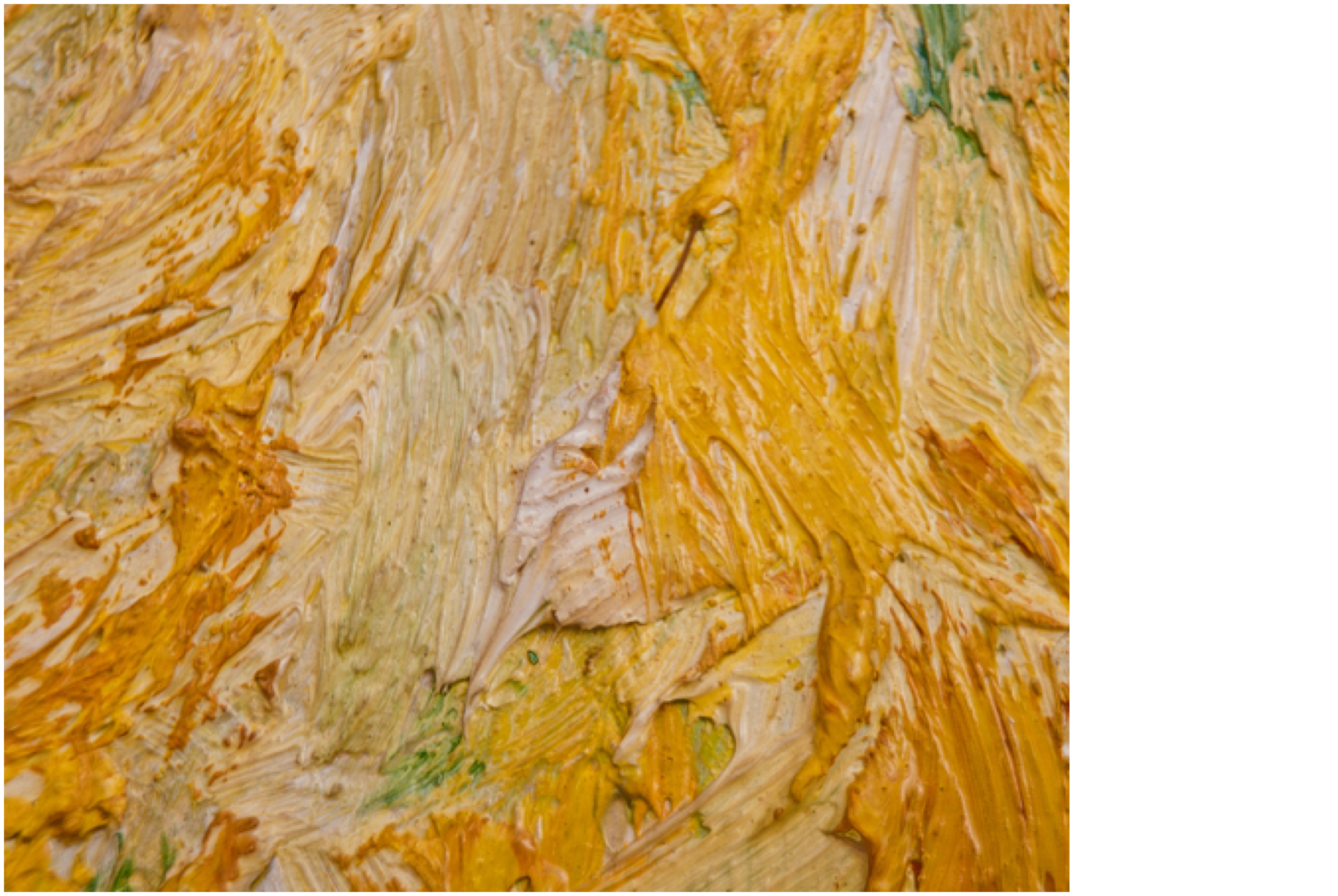 In the end, it was a 'funky yellow color' that led to the demise of Charles Heller's not-so-illustrious career in the world of collectable art.

William Aiken Walker was a 19th-century 'genre' painter, known for his small scenes of sharecroppers working the fields in the post-Civil War south. For much of his career, he traveled extensively, throughout the southern states but also to New York City and even as far as Cuba. He earned a decent living wherever he went by setting up shop on the sidewalk and selling his paintings to tourists, usually for a few dollars each. While he never became a household name in the art world, he was prolific and popular, and his paintings are today considered collectible, often selling for upwards of ten thousand dollars.

In August, 1994, Robert Hicklin, an art gallery owner in Charleston, South Carolina, was appraising a Walker painting brought to him by another South Carolina art dealer named Rick Simons. Hicklin's years of experience with Walker paintings told him that something just wasn't right with this one - he was particularly bothered by one of the pigments used, which he later described in a story in the Maine Antique Digest as a 'funky yellow color'. Reluctantly, he told Simons that it almost certainly was a fake.

Hoping that Hicklin was wrong, Simons decided to submit his painting to other experts for analysis, and eventually it ended up in the laboratory of James Martin, whose company Orion Analytical specializes in forensic materials analysis. Using a technique called infrared spectroscopy, Martin was able to positively identify the suspicious yellow pigment as an organic compound called 'pigment yellow 3'. As it turns out, Pigment Yellow 3 had not become available in the United States until many years after William Aiken Walker died.

Simons had purchased his painting from a man named Robert Heller for $9,500. When Heller approached him again to offer several more Walker paintings for sale, Simons contacted the FBI. A few days later, with FBI agents listening in, Simons agreed to buy two more Walker paintings. When he received them, they were promptly analyzed and found to be fake. Heller, who turned out to be a convicted felon, was arrested and eventually imprisoned.

In the first three chapters of this text, we have focused our efforts on learning about the structure of organic compounds. Now that we know what organic molecules look like, we can begin to address, in the next two chapters, the question of how we get this knowledge in the first place. How are chemists able to draw with confidence the bonding arrangements in organic molecules, even simple ones such as acetone or ethanol? How was James Martin at Orion Analytical able to identify the chemical structure of the pigment compound responsible for the 'funky yellow color' in the forged William Aiken Walker painting?

This chapter is devoted to three very important techniques used by chemists to learn about the structures of organic molecules. First, we will learn how mass spectrometry can provide us with information about the mass of a molecule as well as the mass of fragments into which the molecule has been broken. Then, we will begin our investigation of molecular spectroscopy, which is the study of how electromagnetic radiation at different wavelengths interacts in different ways with molecules - and how these interactions can be quantified, analyzed, and interpreted to gain information about molecular structure. After a brief overview of the properties of light and the elements of a molecular spectroscopy experiment, we will move to a discussion of infrared (IR) spectroscopy, the key technique used in the detection of the Walker forgery, and a way to learn about functional groups present in an organic compound. Then, we will consider ultraviolet-visible (UV-vis) spectroscopy, with which chemists gain information about conjugated pi-bonding systems in organic molecules. Among other applications, we will see how information from UV-vis spectroscopy can be used to measure the concentration of biomolecules compounds in solution.

Looking ahead, Chapter 5 will be devoted to nuclear magnetic resonance (NMR) spectroscopy, where we use ultra-strong magnets and radio frequency radiation to learn about the electronic environment of individual atoms in a molecule and use this information to determine the atom-to-atom bonding arrangement. For most organic chemists, NMR is one of the most powerful analytical tools available in terms of the wealth of detailed information it can provide about the structure of a molecule.

The structure determination techniques we will be studying in this chapter and the next primarily attempt to address the following questions about an organic molecule:

Mass spectrometry (MS): What is the atomic weight of the molecule and its common fragments?

Infrared (IR) spectroscopy: what functional groups does the molecule contain?

Ultraviolet-visible (UV-Vis) spectroscopy: What is the nature of conjugated pi-bonding systems in the molecule?

Nuclear magnetic resonance spectroscopy (NMR): What is the overall bonding framework of the molecule?