where each ion’s charge is represented by the symbol Q. The proportionality constant k is equal to 2.31 × 10−28 J·m.This value of k includes the charge of a single electron (1.6022 × 10−19 C) for each ion. The equation can also be written using the charge of each ion, expressed in coulombs (C), incorporated in the constant. In this case, the proportionality constant, k, equals 8.999 × 109 J·m/C2. In the example given, Q1 = +1(1.6022 × 10−19 C) and Q2 = −1(1.6022 × 10−19 C). If Q1 and Q2 have opposite signs (as in NaCl, for example, where Q1 is +1 for Na+ and Q2 is −1 for Cl−), then E is negative, which means that energy is released when oppositely charged ions are brought together from an infinite distance to form an isolated ion pair. As shown by the green curve in the lower half of Figure 4.1.1 predicts that the maximum energy is released when the ions are infinitely close to each other, at r = 0. Because ions occupy space and have a structure with the positive nucleus being surrounded by electrons, however, they cannot be infinitely close together. At very short distances, repulsive electron–electron interactions between electrons on adjacent ions become stronger than the attractive interactions between ions with opposite charges, as shown by the red curve in the upper half of Figure 4.1.1. The total energy of the system is a balance between the attractive and repulsive interactions. The purple curve in Figure 4.1.1 shows that the total energy of the system reaches a minimum at r0, the point where the electrostatic repulsions and attractions are exactly balanced. This distance is the same as the experimentally measured bond distance. 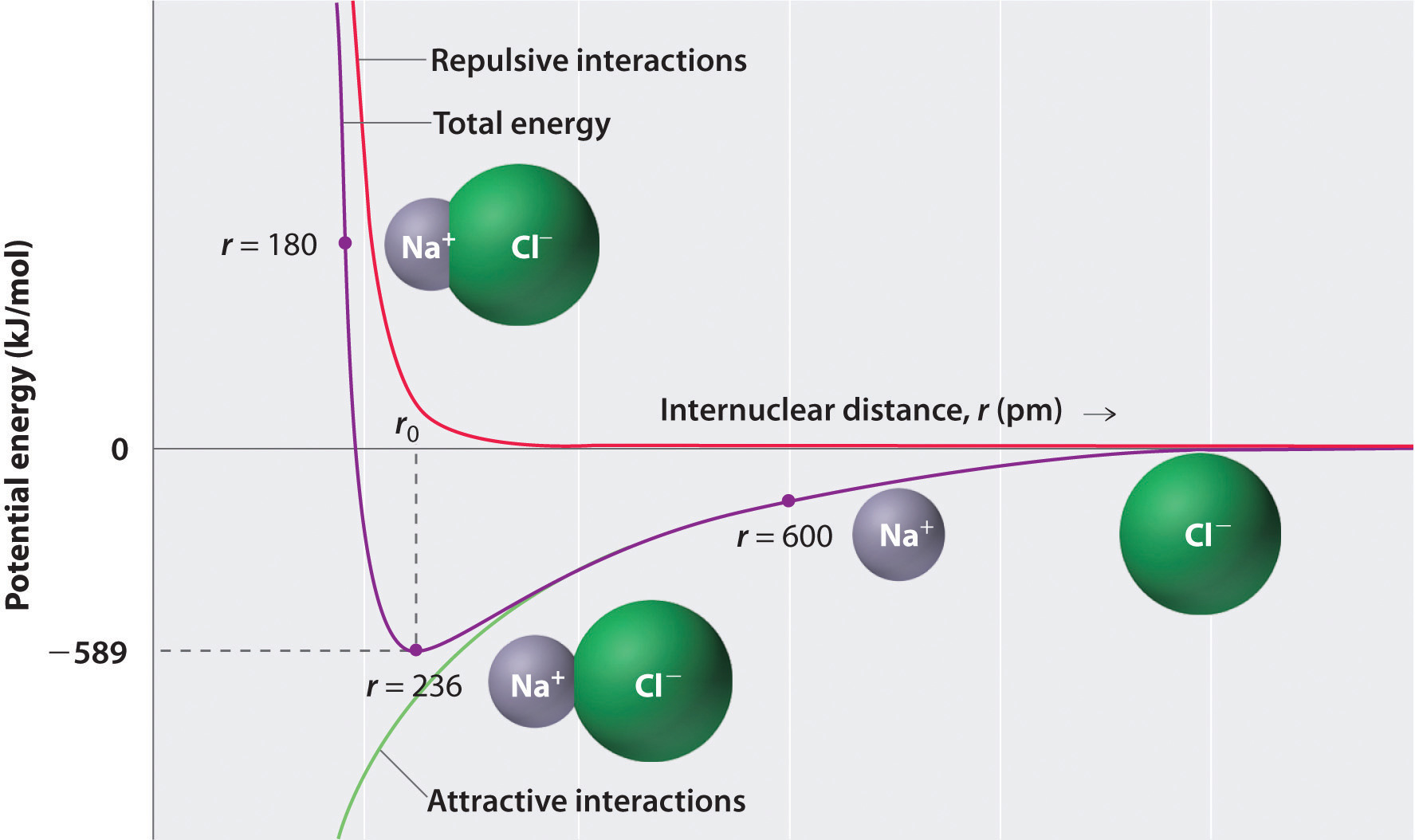 Figure 4.1.1 A Plot of Potential Energy versus Internuclear Distance for the Interaction between Ions With Different Charges: A Gaseous Na+ Ion and a Gaseous Cl− Ion The energy of the system reaches a minimum at a particular distance (r0) when the attractive and repulsive interactions are balanced. 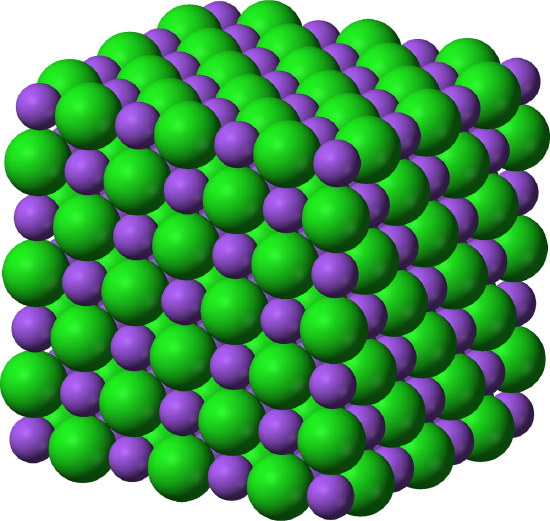 Figure 4.1.2 Small section of the arrangment of ions in an NaCl crystal The relative positions of the sodium ions are shown in blue, the chlorine in green

The repeating pattern is called the unit cell. 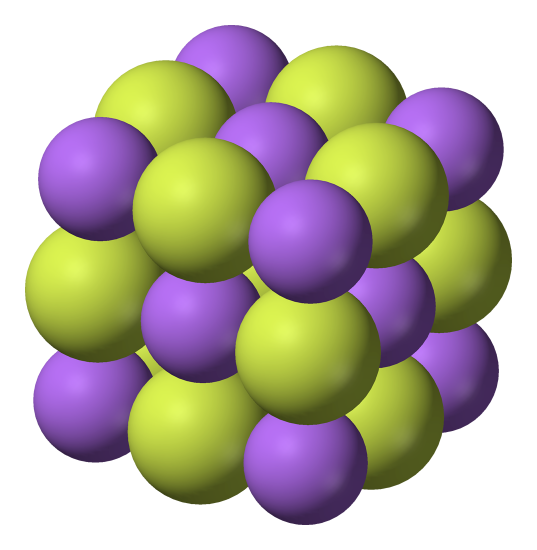 Figure 4.1.3 The unit cell for an NaCl crystal lattice. If you look at the diagram carefully, you will see that the sodium ions and chloride ions alternate with each other in each of the three dimensions. Figure 4.1.4 An "exploded" view of the unit cell for an NaCl crystal lattice. The sodium ion in the center is being touched by 6 chloride ions as indicated by the blue lines.

Acknowlegement: The discussion of the NaCl lattice is a slightly modified version of the Jim Clark's article in LibreTexts