What are some of the things that chemists do? Like most scientists, they observe and measure components of the natural world. Based on these observations they try to place things into useful, appropriate categories and to formulate scientific laws which summarize the results of a great many observations. Indeed, it is a fundamental belief of all science that natural events do not occur in a completely unpredictable fashion. Instead, they obey natural laws. Therefore observations and measurements made on one occasion can be duplicated by the same or another person on another occasion. Communication of such results, another important activity, affords an opportunity for the entire scientific community to test an individual’s work. Eventually a consensus is reached, and there is agreement on a new law.

Like other scientists, chemists try to explain their observations and laws by means of theories or models. They constantly make use of atoms, molecules, and other very small particles. Using such theories as their guides, chemists synthesize new materials. Well over 3 million compounds are now known, and more than 9000 are in large-scale commercial production. Even a backpacker going “back to nature” takes along synthetic materials such as nylon, aluminum, and aspirin.

Chemists also analyze the substances they make and those found in nature. Determining the composition of a substance is the first step in understanding its chemical properties, and detection of very small quantities of some materials in the natural world is essential in controlling air and water pollution. Another role that chemists play is in studying the processes (chemical reactions) by which one substance can be transformed into another. Will the reactions occur without prodding? If so, how quickly? Is energy given off? Can the reactions be controlled - made to occur only when we want them to?

These and many other problems that interest chemists are the subject matter of this online textbook. We will return to each several times and in increasing detail. Do not forget, however, that chemistry is more than just what chemists do. Many persons in other sciences as well as in daily life are constantly doing chemistry, whether they call it by name or not. Indeed, each of us is an intricate combination of chemicals, and everything we do depends on chemical reactions. Although space limitations will prevent us from exploring all but a fraction of the applications of chemistry to other fields, we have included such excursions as often as seemed appropriate. From them we hope that you will be able to learn how to apply chemical facts and principles to the problems you will face in the future. Many of the problems are probably not even known yet, and we could not possibly anticipate them. If you have learned how to think “chemically” or “scientifically,” however, we believe that you will be better prepared to face them. 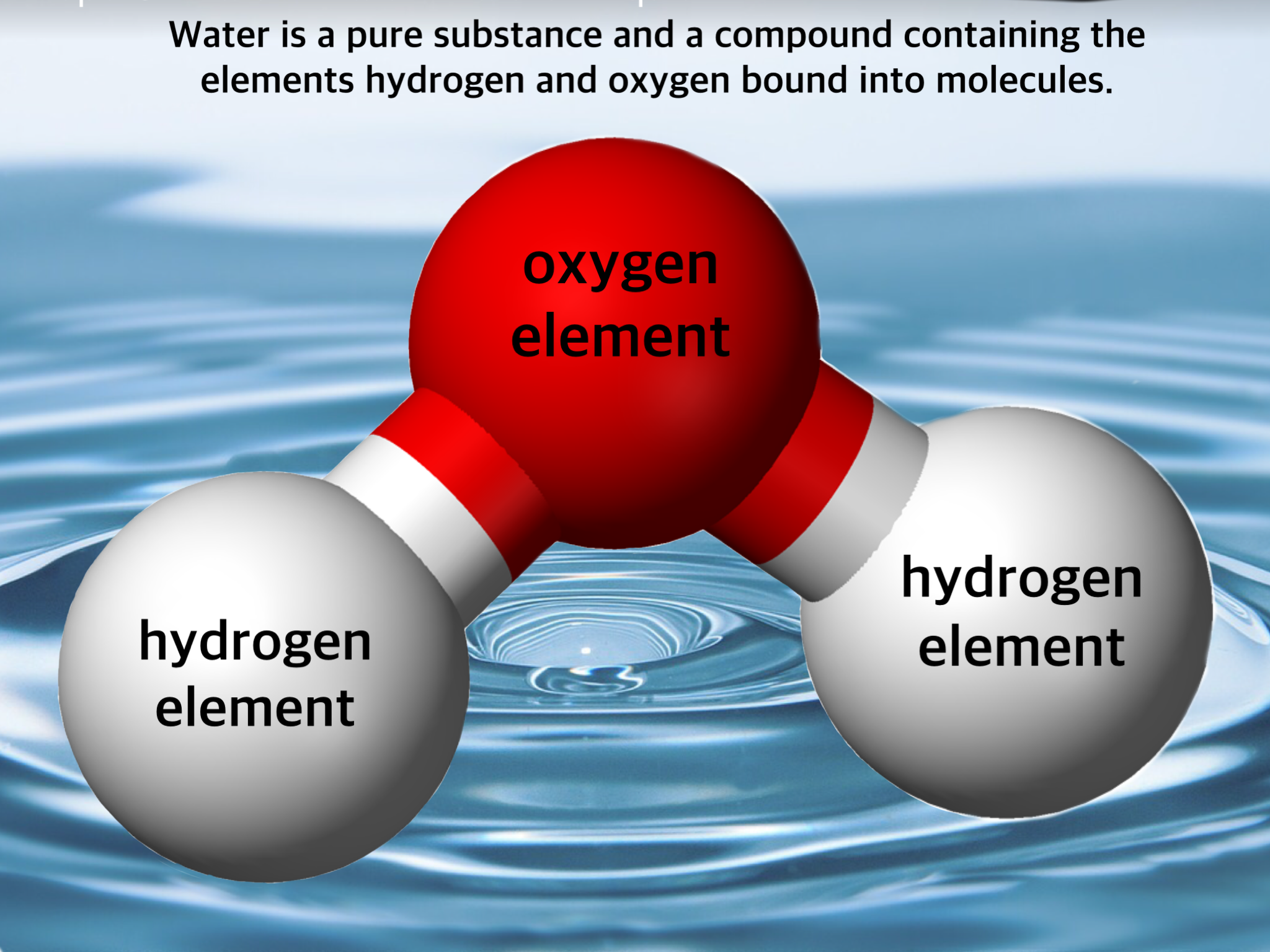 To a chemist, the pure substance water is a compound (it contains two kinds of atoms bound to one another in just one kind of molecule). An environmentalist might consider water "pure" even if it contains the normal amount of dissolved oxygen and carbon dioxide, but no other "pollutants". To a chemist, water containing oxygen is no longer a pure substance, but a mixture. In pure water, the ratio of hydrogen to oxygen atoms is always 2:1, but as soon as oxygen is dissolved in the water, the ratio is no longer fixed (because oxygen does not form a new molecule by reacting with H2O), a sure sign of impurity to a chemist. Because the dissolved oxygen does not react with water to form a new compound, we consider "dissolving" to be a physical process (one that is not understood in terms of atoms or molecules and bond formation or breaking). Changes like dissolution, evaporation, and condensation are considered "physical changes" because, while they are clearly interesting changes, they might be studied in physics with no reference to atomic recombinations. If, however, the dissolved oxygen is used by a fish to convert food to carbon dioxide (CO2) and water (H2O), a chemical reaction has occurred, because the process is best understood at the level of atoms, molecules, and bonds between them. The process by which the dissolved oxygen is absorbed by fish might be considered a "biological process" because knowledge of the cellular structure of the fish gills is important in its understanding. Once more, the mode of understanding is more important than the subject of study in determining whether a process is considered "chemical", "physical", or "biological". Later in this book, we will use atomic and molecular concepts like non-covalent bond formation to understand dissolution, and then it should probably be considered a chemical process, and it will become clear that no absolute distinction between physical and chemical processes is possible (or necessary).

It is interesting that water containing ice cubes is a pure substance to a chemist (only H2O molecules are present), but it is heterogeneous. To a chemist, "heterogeneous" does not indicate "impurity", nor does "homogeneous" indicate purity. Oxygen (or salt) dissolved in water is a homogeneous mixture, because every part of it looks like every other part. Of course, when we say "homogeneous" we usually assume that the substance is not being observed with anything with higher magnification than a crude microscope.