Raman Spectroscopy is performed by shining a light on a sample and measuring the intensity and wavenumber the scattered light. Most of the scattered light will be of the same intensity as the incident beam, but a small percentage will be different due to excited electrons that do not relax back to their original energy state. How to read the spectra

Once the energy/frequency of the vibrational modes is recorded, they can be graphed compared to intensity. 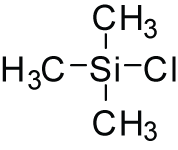 Basically, Raman can be read like an IR, where characteristic peaks/bands are identified and used to qualitatively characterize the components of a molecule.

It is especially useful for characterizing inorganic compounds, aqueous solutions, or samples that you do not want to damage. A notable example of a sample that can only be reasonably be characterized with Raman is oil paintings

Most oil paints, such as those used in the renaissance era, were made by combining organic oil with ground up inorganic and organic pigments

In the above figure, a paint sample from a notable painting was analyzed through Raman and matched to a pigment present in the database they developed. It also shows the FTIR spectra of the same unknown paint and its pigment match, demonstrating the superiority of Raman to be used in this kind of analysis.

The above table is an example of the library developed using Raman spectroscopy. The notable peaks were marked and bolded to help differentiate between similar structures. Raman spectroscopy has very little noise and produces bands that are narrow enough to differentiate between the second and fourth structures, even though they only differ by two C-Cl bonds, by identifying the single very strong peak at 1337 on the fourth structure.