The Diels-Alder reaction is an example of an organic chemical reaction which does not proceed by either a polar or a free radical pathway, but rather a pericyclic reaction. 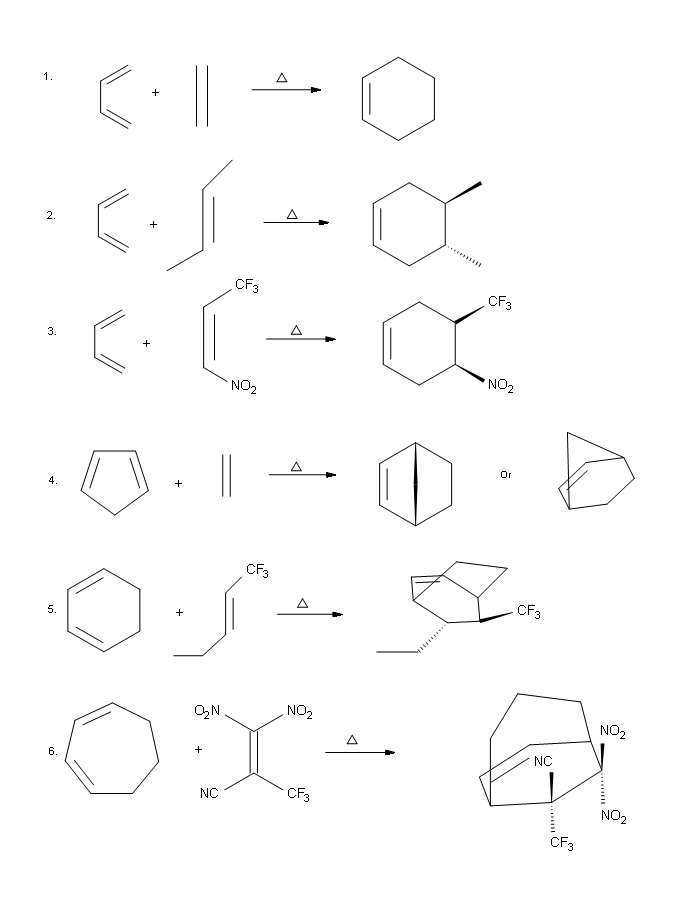