The kinetic molecular theory is used to determine the motion of a molecule of an ideal gas under a certain set of conditions. However, when looking at a mole of ideal gas, it is impossible to measure the velocity of each molecule at every instant of time. Therefore, the Maxwell-Boltzmann distribution is used to determine how many molecules are moving between velocities v and v + dv. Assuming that the one-dimensional distributions are independent of one another, that the velocity in the y and z directions does not affect the x velocity, for example, the Maxwell-Boltzmann distribution is given by

Additionally, the function can be written in terms of the scalar quantity speed c instead of the vector quantity velocity. This form of the function defines the distribution of the gas molecules moving at different speeds, between \(c_1\) and \(c_2\), thus

Figure 1 shows the Maxwell-Boltzmann distribution of speeds for a certain gas at a certain temperature, such as nitrogen at 298 K. The speed at the top of the curve is called the most probable speed because the largest number of molecules have that speed. 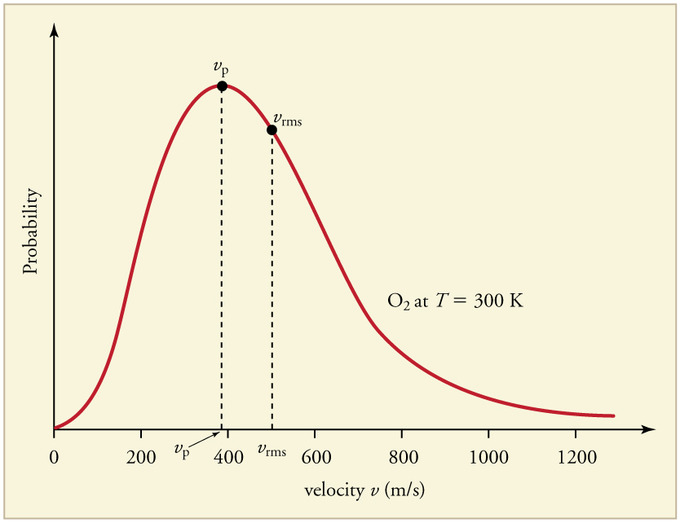 Figure 3: The speed probability density functions of the speeds of a few noble gases at a temperature of 298.15 K (25 °C). The y-axis is in s/m so that the area under any section of the curve (which represents the probability of the speed being in that range) is dimensionless. Figure is used with permission from Wikipedia.

5. Hint: Use the related speed expressions to determine the distribution of the gas molecules: helium at 500 K. helium at at 300 K. argon at 1000 K.