The two most common methods of making acid chlorides are treatment with thionyl chloride or with oxalyl chloride.

The key part of making the uphill acid chloride out of the downhill carboxylic acid is the reagent used. Structurally, the reagents can be compared to acid chlorides themselves. They can be though of as being a little bit like uphill carboxyloids themselves. Thus, as one compound gives its chloride and gets oxygenated on its way downhill, it provides the energy needed to drive the carboxylic acid uphill. 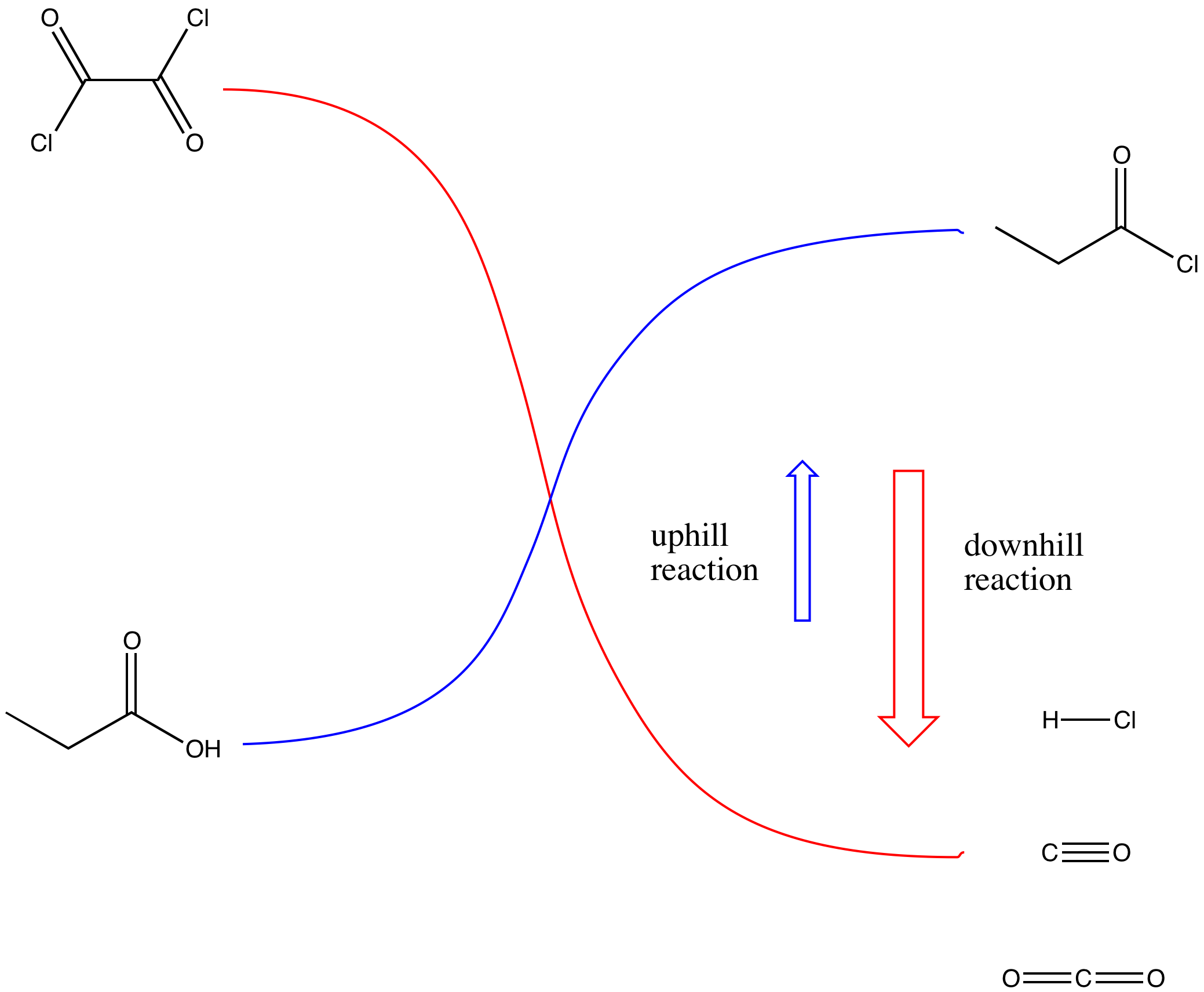 Reaction of a carboxylic acid with thionyl chloride is very similar to reaction with oxalyl chloride, described above. Draw the mechanism of the reaction.

Provide additional factors (such as energetics, equilibrium concepts) that explain why oxalyl chloride and thionyl chloride can drive the conversion of a carboxylic acid to an acid chloride.

Acid anhydrides are usually made from the corresponding carboxylic acids. One molecule of carboxylic acid acts as a nucleophile and a second acts as an electrophile. Because the same kind of molecule acts as nucleophile and electrophile, acid anhydrides are typically symmetric: they havae a (C=O)O(C=O) unit in the middle, with the same alkyl groups on either side of it.

Draw a mechanism for the conversion of ethanoic acid to ethanoic anhydride.

Show the reverse reaction to the conversion of ethanoic acid to ethanoic anhydride (the same reaction, in the other direction). Which of the two directions do you think is favourable, based on the ski hill?

Draw a mechanism for the conversion of phosphorus pentoxide to phosphoric acid.

Explain why the conditions outlined above lead to acid anhydride formation.