Alkyl hydrogen atoms bonded to a carbon atom in a a (alpha) position relative to a carbonyl group display unusual acidity. While the pKa values for alkyl C-H bonds is typically on the order of 40-50, pKa values for these alpha hydrogens is more on the order of 19-20. This can most easily be explained by resonance stabilization of the product carbanion, as illustrated in the diagram below.

Because carbonyl groups are sp2 hybridized the carbon and oxygen both have unhybridized p orbitals which can overlap to form the C=O \(\pi\) bond. 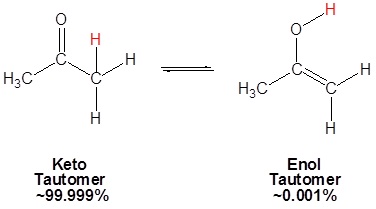