The Fischer Projections allow us to represent 3D molecular structures in a 2D environment without changing their properties and/or structural integrity. 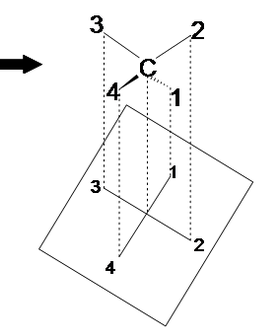 To make a Fischer Projection, it is easier to show through examples than through words. Lets start with the first example, turning a 3D structure of ethane into a 2D fischer Projection.