b) Alky shift - migration of a carbon (usually as part of an alky group) with electrons to an adjacent carbon.

A quick way to tell whether a substrate will produce a carbocation prone to rearrangement is to look at the carbon that bears the leaving group. If this carbon is next to a higher order carbon (meaning secondary, tertiary, allylic, etc.) then the carbocation that results can rearrange to a more stable one, and will do so, probably yielding a product with different carbon connectivity. Examples follow.

The leaving group (Br) is on a secondary carbon, but this carbon is next to a tertiary carbon. The nucleophile is water, therefore the expected product is an alcohol. The product will consist of a mixture of the expected secondary alcohol (minor) and a tertiary alcohol (major) due to the rearrangement to a more stable cation shown below. 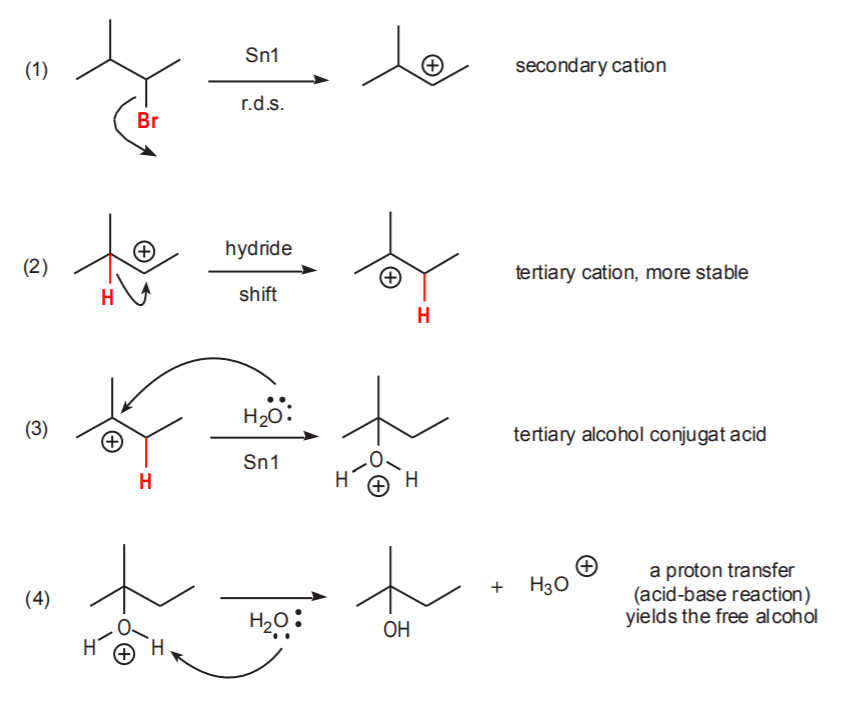 The above example also shows the reason why, when the nucleophile is water or an alcohol, the group that replaces the leaving group in the product is the conjugate base of water (OH) or the alcohol (RO respectively).

Another example illustrates a similar point. Can you provide a step by step mechanism (it might be in the test, you never know)?