Figure 5.7.1: Delocaized electrons are free to move in the metallic lattice

If you work through the same argument with magnesium, you end up with stronger bonds and so a higher melting point. Figure 5.7.3: In different metals different bands are full or available for conduction electrons 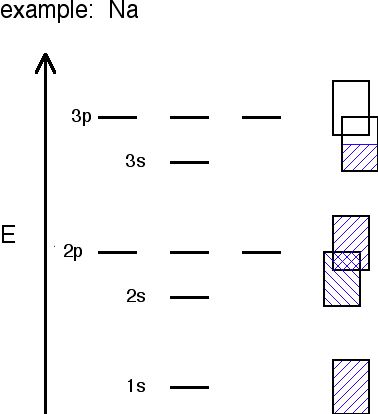