Batteries consist of one or more electrochemical cells that store chemical energy for later conversion to electrical energy. Batteries are used in many day-to-day devices such as cellular phones, laptop computers, clocks, and cars. Batteries are composed of at least one electrochemical cell which is used for the storage and generation of electricity. Though a variety of electrochemical cells exist, batteries generally consist of at least one voltaic cell. Voltaic cells are also sometimes referred to as galvanic cells. Chemical reactions and the generation of electrical energy is spontaneous within a voltaic cell, as opposed to the reactions electrolytic cells and fuel cells.

It was while conducting experiments on electricity in 1749 that Benjamin Franklin first coined the term "battery" to describe linked capacitors. However his battery was not the first battery, just the first ever referred to as such. Rather it is believed that the Baghdad Batteries, discovered in 1936 and over 2,000 years old, were some of the first ever batteries, though their exact purpose is still debated.

Luigi Galvani (for whom the galvanic cell is named) first described "animal electricity" in 1780 when he created an electrical current through a frog. Though he was not aware of it at the time, this was a form of a battery. His contemporary Alessandro Volta (for whom the voltaic cell and voltaic pile are named) was convinced that the "animal electricity" was not coming from the frog, but something else entirely. In 1800, his produced the first real battery: the voltaic pile.

In 1836, John Frederic Daniell created the Daniell cell when researching ways to overcome some of the problems associated with Volta's voltaic pile. This discovery was followed by developments of the Grove cell by William Robert Grove in 1844; the first rechargeable battery, made of a lead-acid cell in 1859 by Gaston Plante; the gravity cell by Callaud in the 1860s; and the Leclanche cell by Georges Leclanche in 1866.

Until this point, all batteries were wet cells. Then in 1887 Carl Gassner created the first dry cell battery, made of a zinc-carbon cell. The nickel-cadmium battery was introduced in 1899 by Waldmar Jungner along with the nickel-iron battery. However Jungner failed to patent the nickel-iron battery and in 1903, Thomas Edison patented a slightly modified design for himself.

A major breakthrough came in 1955 when Lewis Urry, an employee of what is now know as Energizer, introduced the common alkaline battery. The 1970s led to the nickel hydrogen battery and the 1980s to the nickel metal-hydride battery.

Lithium batteries were first created as early as 1912, however the most successful type, the lithium ion polymer battery used in most portable electronics today, was not released until 1996.

Voltaic cells are composed of two half-cell reactions (oxidation-reduction) linked together via a semipermeable membrane (generally a salt bath) and a wire (Figure 1). Each side of the cell contains a metal that acts as an electrode. One of the electrodes is termed the cathode, and the other is termed the anode. The side of the cell containing the cathode is reduced, meaning it gains electrons and acts as the oxidizing agent for the anode. The side of the cell containing the anode is where oxidation occurs, meaning it loses electrons and acts as the reducing agent for the cathode. The two electrodes are each submerged in an electrolyte, a compound that consists of ions. This electrolyte acts as a concentration gradient for both sides of the half reaction, facilitating the process of the electron transfer through the wire. This movement of electrons is what produces energy and is used to power the battery.

The cell is separated into two compartments because the chemical reaction is spontaneous. If the reaction was to occur without this separation, energy in the form of heat would be released and the battery would not be effective. 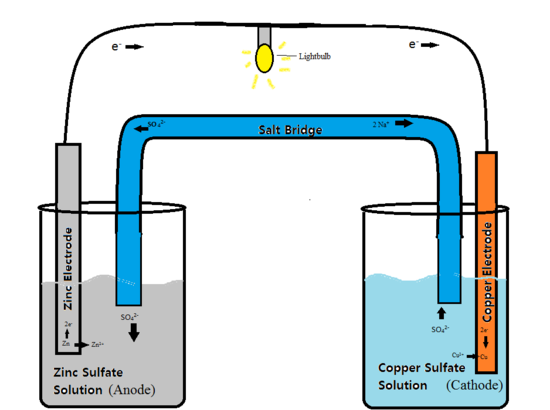 Figure 1: A Zinc-Copper Voltaic cell. The voltaic cell is providing the electricity needed to power the light-bulb. Use of primary batteries is exemplified by smoke detectors, flashlights, and most remote controls.

Use of secondary batteries is exemplified by car batteries and portable electronic devices.

Wet cell batteries contain a liquid electrolyte. They can be either primary or secondary batteries. Due to the liquid nature of wet cells, insulator sheets are used to separate the anode and the cathode. Types of wet cells include Daniell cells, Leclanche cells (originally used in dry cells), Bunsen cells, Weston cells, Chromic acid cells, and Grove cells. The lead-acid cells in automobile batteries are wet cells. Figure 3: A lead-acid battery in an automobile.

The capacity of a battery depends directly on the quantity of electrode and electrolyte material inside the cell. Primary batteries can lose around 8% to 20% of their charge over the course of a year without any use. This is caused by side chemical reactions that do not produce current. The rate of side reactions can be slowed by lowering temperature. Warmer temperatures can also lower the performance of the battery, by speeding up the side chemical reactions. Primary batteries become polarized with use. This is when hydrogen accumulates at the cathode, reducing the battery's effectiveness. Depolarizers can be used to remove this build up of hydrogen.

Secondary batteries self-discharge even more rapidly. They usually lose about 10% of their charge each month. Rechargeable batteries gradually lose capacity after every recharge cycle due to deterioration. This is caused by active materials falling off the electrodes or electrolytes moving away from the electrodes.

Peukert's law can be used to approximate relationships between current, capacity, and discharge time. This is represented by the equation

where I is the current, k is a constant of about 1.3, t is the time the battery can sustain the current, and Qp is the capacity when discharged at a rate of 1 amp.

There is a significant correlation between a cell's current and voltage. Current, as the name implies, is the flow of electrical charge. Voltage is how much current can potentially flow through the system. Figure 4 illustrates the difference between current and voltage. 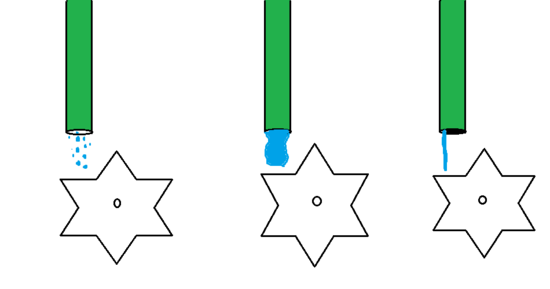 Figure 4: The difference between voltage and current.

For nonstandard conditions, determining the electrode potential for the cathode and the anode is not as simple as looking at a table. Instead, the Nernst equation must be used in to determine Eo for each half cell. The Nernst equation is represented by

Different Sizes of Batteries and Some Additional Facts

Batteries vary both in size and voltage due to the chemical properties and contents within the cell. However, batteries of different sizes may have the same voltage. The reason for this phenomenon is that the standard cell potential does not depend on the size of a battery but rather on its internal content. Therefore, batteries of different sizes can have the same voltage (Figure 5). Additionally, there are ways in which batteries can amplify their voltages and current. When batteries are lined up in a series of rows it increases their voltage, and when batteries are lined up in a series of columns it can increases their current. Figure 5: Four batteries of different sizes all of 1.5 voltage

Batteries can explode through misuse or malfunction. By attempting to overcharge a rechargeable battery or charging it at an excessive rate, gases can build up in the battery and potentially cause a rupture. A short circuit can also lead to an explosion. A battery placed in a fire can also lead to an explosion as steam builds up inside the battery. Leakage is also a concern, because chemicals inside batteries can be dangerous and damaging. Leakage emitted from the batteries can ruin the device they are housed in, and is dangerous to handle. There are numerous environmental concerns with the widespread use of batteries. The production of batteries consumes many resources and involves the handling of many dangerous chemicals. Used batteries are often improperly disposed of and contribute to electronic waste. The materials inside batteries can potentially be toxic pollutants, making improper disposal especially dangerous. Through electronic recycling programs, toxic metals such as lead and mercury are kept from entering and harming the environment. Consumption of batteries is harmful and can lead to death.

Any liquid or moist object that has enough ions to be electrically conductive can be used to make a battery. It is even possible to generate small amounts of electricity by inserting electrodes of different metals into potatoes, lemons, bananas, or carbonated cola. A voltaic pile can be created using two coins and a paper dipped in salt water. Stacking multiple coins in a series can results in an increase in current.

3. Determine the standard electrode potential of a voltaic cell within a Leclanche (Dry) cell with half cell voltages of .875V at the graphite cathode and .253V at the zinc anode.

4. Determine the standard electrode potential with given half cell voltages of .987V at the cathode and .632V at the anode.