E9.1: The electrophilic carbon is primary, and a carbocation intermediate would not be stabilized by resonance. Therefore it is reasonable to predict an SN2 mechanism. Note: in later chapters, especially in chapters 10 and 12, we will see many more reactions involving ATP. As we will see then, the SAM-forming reaction above is somewhat unusual – most reactions with ATP involve nucleophilic attack at one of the phosphate groups, rather than at the methylene (CH2) carbon.

E9.3: The nucleophile in this reaction is an amine, as opposed to a thiolate in the protein farnesyltransferase reaction. A thiolate is a very powerful nucleophile, an amine somewhat less so. Therefore the N-alkylating reaction, with the weaker nucleophile, is likely to be more SN1 in character, and thus would be expected to exhibit higher sensitivity to fluorine substitution on the electrophilic substrate (in other words, more positive charge develops on C1 of the electrophile in the AMP reaction)

E9.4: The SN1 model is a solvolysis reaction (water is the nucleophile), which as a rule proceed through carbocation intermediates. In the SN2 model the nucleophile is a relatively powerful iodide ion, a factor which favors a concerted mechanism. 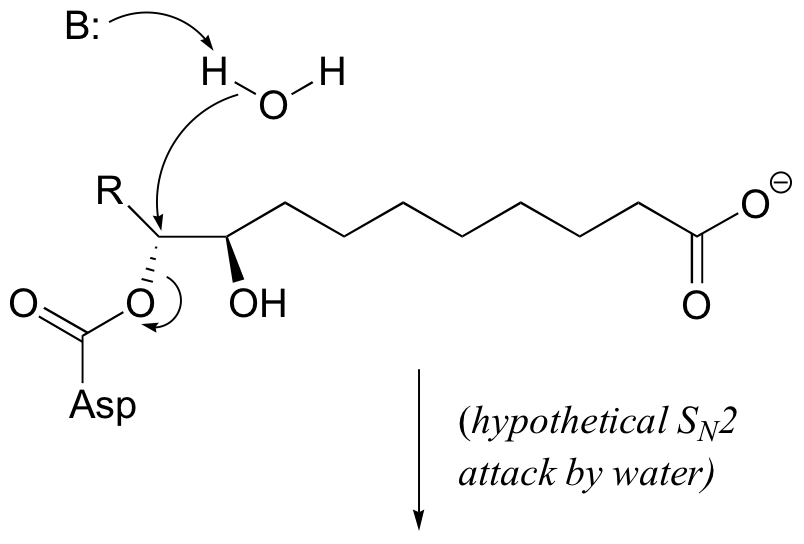 E9.6: This is essentially a nucleophilic (or ‘base-catalyzed’) ring-opening, with the nucleophilic thiol attacking the less hindered carbon of the epoxide. The right-side epoxide carbon is ‘protected’ from nucleophilic attack by the negatively charged oxygens of the phosphonate group. 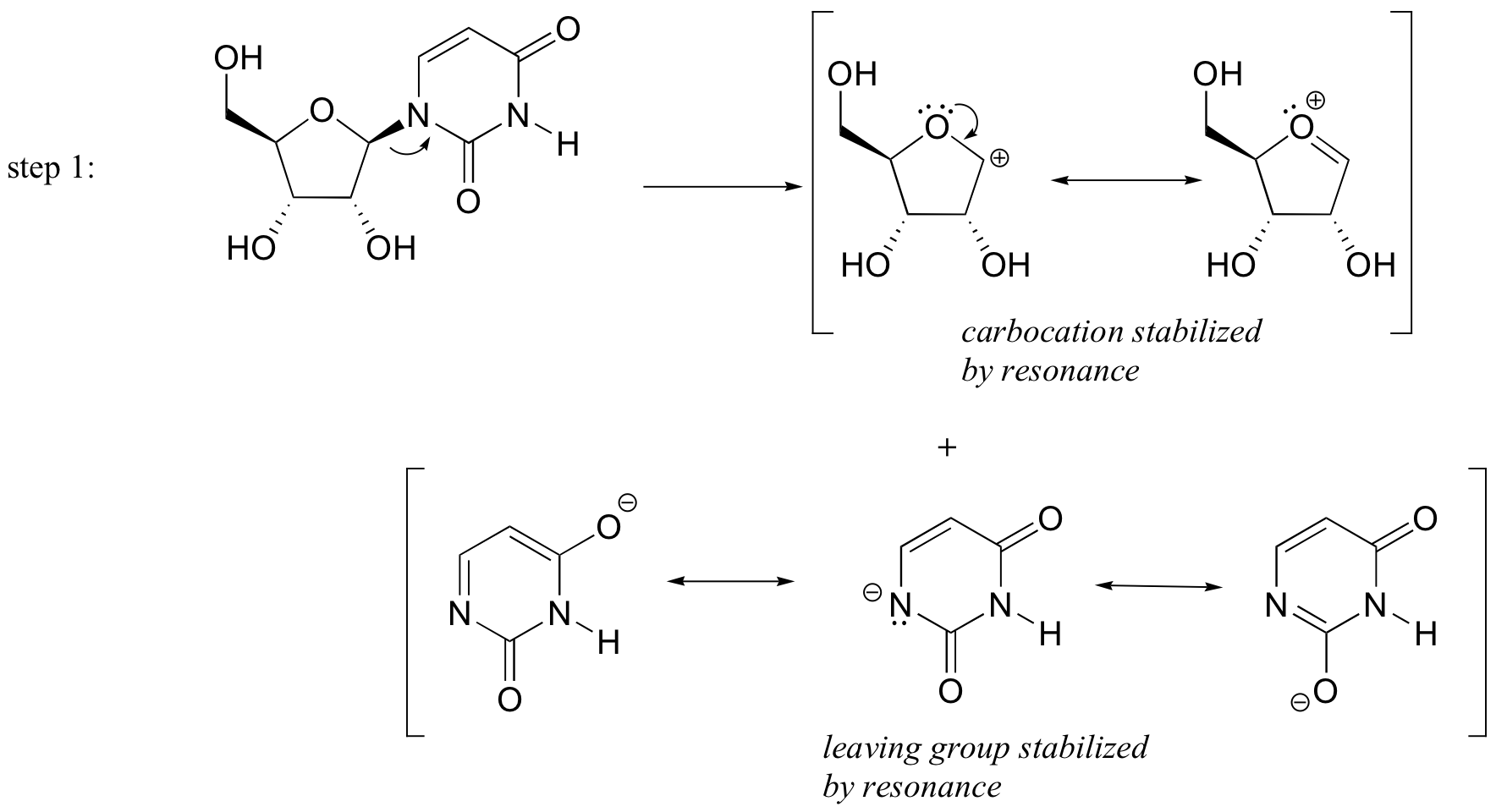 a) Because the reaaction involves the transfer of a methyl group to an amine, the most likely biomolecule would be S-adenosylmethionine (SAM – see section 9.1).

b) A mechanism with an abbreviated version of the SAM structure is shown below. This is an SN2 mechanism, similar to other SAM-dependent methyltransferase reactions.

a) Because the process involves two SN2 displacements, it is reasonable to predict that it is the thiol group – the most nucleophilic group in glutathione – that is playing the key role. For this reason, we will use the abbreviation GSH for glutathione in the mechanism in part b) below.

P9.5: (See Acc Chem. Res. 2001, 34, 681.) A likely mechanism could involve two successive SN2 methyl transfer steps, the first from 5-methyltetrahydrofolate to cobalamin, and the second from cobalamin to homocysteine, the direct precursor to methionine. This would account for the observed retention of configuration.