Skip to main content
The Williamson ether synthesis is the easiest, and perhaps the fastest, way to create ethers.

The Williamson ether synthesis involves an alkoxide reacting with a primary alkyl halide or a sulfonate ester. Alkoxides consist of the conjugate base of an alcohol and are comprised of an R group bonded to an oxygen atom. They are often written as RO–, where R is the organic substituent.

Sn2 reactions are characterized by the inversion of stereochemistry at the site of the leaving group. Williamson ether synthesis is not an exception to this rule and the reaction is set in motion by the backside attack of the nucleophile.

Ethers are prepared by SN2 reactions

Ethers can be synthesized in standard SN2 conditions by coupling an alkoxide with a alkyl halide/sulfonate ester. The alcohol that supplies the electron rich alkoxide can be used as the solvent, as well as dimethyl sulfoxide (DMSO) or hexamethylphosphoric triamide (HMPA). 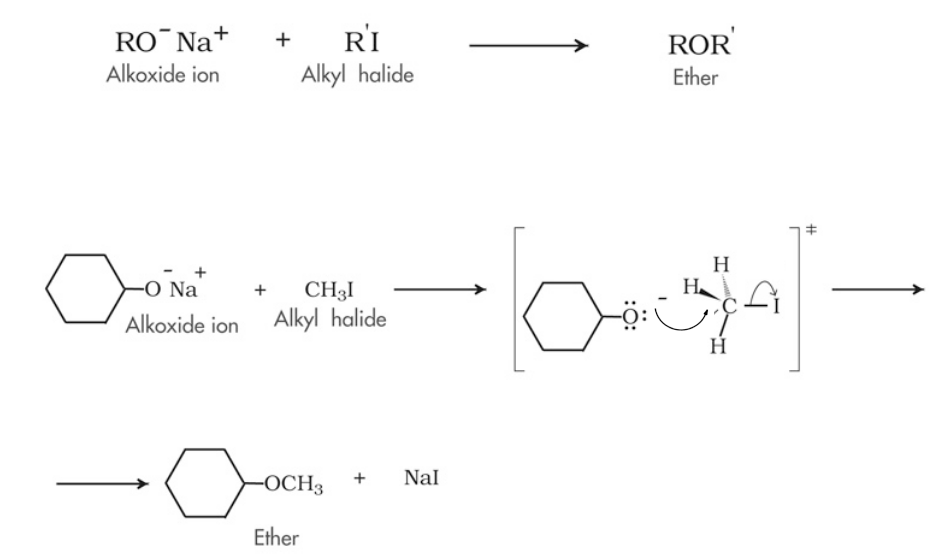 You can also use the Williamson synthesis to produce cyclic ethers. You need a molecule that has a hydroxyl group on one carbon and a halogen atom attached to another carbon. This molecule will then undergo an SN2 reaction with itself, creating a cyclic ether and a halogen anion. Another way of deriving ethers is by converting halo alcohols into cyclic ethers. This reaction is prompted by the deprotonation of the hydrogen attached to the oxygen by an OH– anion. This leads to the departure of the halogen, forming a cyclic ether and halogen radical.

Another factor in determining whether a cyclic ether will be formed is ring size. Three-membered rings along with five membered rings form the fastest, followed by six, four, seven, and lastly eight membered rings. The relative speeds of ring formation are influenced by both enthalpic and entropic contributions. 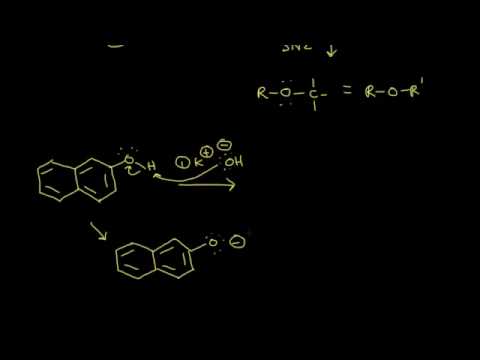 A YouTube element has been excluded from this version of the text. You can view it online here: http://pb.libretexts.org/ochem1walker/?p=141