Chemical equilibrium is a dynamic process that consists of a forward reaction, in which reactants are converted to products, and a reverse reaction, in which products are converted to reactants. At equilibrium, the forward and reverse reactions proceed at equal rates. Consider, for example, a simple system that contains only one reactant and one product, the reversible dissociation of dinitrogen tetroxide (N2O4) to nitrogen dioxide (NO2). You may recall from Chapter 14 that NO2 is responsible for the brown color we associate with smog. When a sealed tube containing solid N2O4 (mp = −9.3°C; bp = 21.2°C) is heated from −78.4°C to 25°C, the red-brown color of NO2 appears (Figure 15.1.1). The reaction can be followed visually because the product (NO2) is colored, whereas the reactant (N2O4) is colorless:

The double arrow indicates that both the forward and reverse reactions are occurring simultaneously; it is read “is in equilibrium with.” 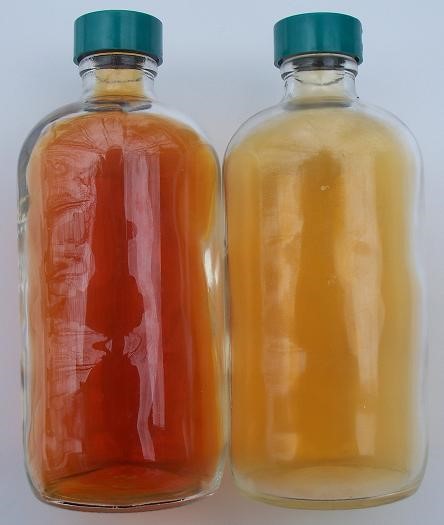 Figure 15.1.1 The N2O4(g) ⇌ 2NO2(g) System at Different Temperatures (left) At dry ice temperature (−78.4°C), the system contains essentially pure solid N2O4, which is colorless. (center) As the system is warmed above the melting point of N2O4 (−9.3°C), the N2O4 melts and then evaporates, and some of the vapor dissociates to red-brown NO2. (right) Eventually the sample reaches room temperature, and a mixture of gaseous N2O4 and NO2 is present. The composition of the mixture and hence the color do not change further with time: the system has reached equilibrium at the new temperature. The rate of dimerization of NO2 (reverse reaction) decreases rapidly with time, as expected for a second-order reaction. Because the initial concentration of N2O4 is zero, the rate of the dissociation reaction (forward reaction) at t = 0 is also zero. As the dimerization reaction proceeds, the N2O4 concentration increases, and its rate of dissociation also increases. Eventually the rates of the two reactions are equal: chemical equilibrium has been reached, and the concentrations of N2O4 and NO2 no longer change.

The three reaction systems (1, 2, and 3) depicted in the accompanying illustration can all be described by the equation <math display="inline" xml:id="av_1.0-15_m004"><semantics><mrow><mn>2</mn><mtext>A</mtext><mo>⇌</mo><mtext>B,</mtext></mrow></semantics></math> where the blue circles are A and the purple ovals are B. Each set of panels shows the changing composition of one of the three reaction mixtures as a function of time. Which system took the longest to reach chemical equilibrium?