In this week, you will be reacting a solid with a liquid. It is important that the total volume of solution in the coffee-cup calorimeter is consistent with last week's calibration and that you are using the same calorimeter with lid you used last week. The total volume of 1M HCl (aq) used for all trials this week will be 75 mL from the pump dispenser (3x25mL pumps). This can be dispensed straight into a clean, dry calorimeter.

There are two parts to the experiment: Reacting Mg (s) with HCl (aq) and reacting with MgO (s) with HCl (aq). Although the procedure shown here is specific to the second part of the experiment (part 3 in lab manual), the first part is almost exactly the same (part 2 in lab manual).
The MicroLab should be set up identical to last week's setup. Then, begin recording data on the MicroLab and ensure you have 20-30 seconds (10-15 data points) of steady temperatures recorded for the HCl (aq) solution. Make sure that the stir bar is spinning at a rapid enough speed to create a slight vortex at the surface of the solution without generating any bubbles.
Continue to take temperature data using the MicroLab until an additional 10 minutes (600 seconds or 300 data points) to establish a smooth cooling line, as shown below for both Mg(s) (silver metal) and then for MgO(s) (white powder). 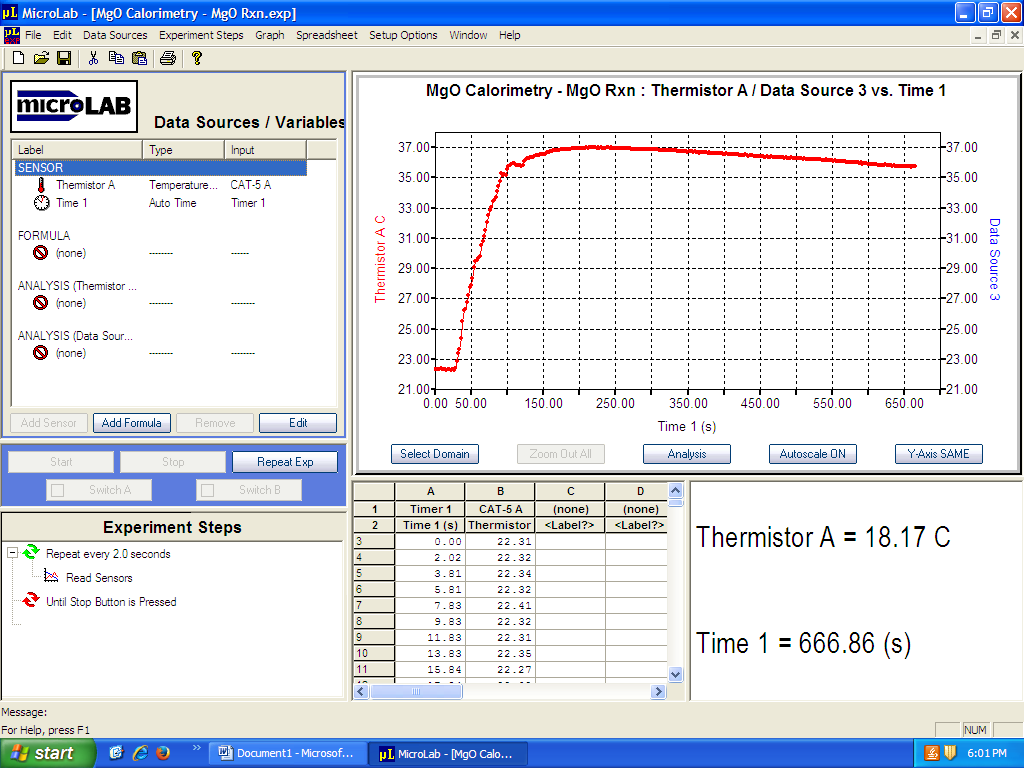 MicroLab data for MgO(s) + HCl(aq). The Mg(s) + HCl(aq) data will appear similar, but with a different maximum temperature.