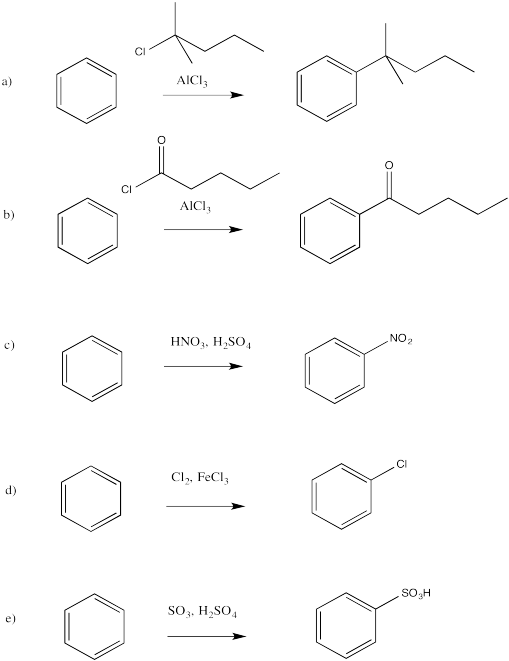 In the case of uncatalyzed bromination reactions, there is clear evidence that the Br-Br bond-breaking step does not start the reaction off. If that were the first step, there would presumably be an equilibrium between Br2 and Br+/Br- ions. That equilibrium would be shifted back toward Br2 if bromide salts were added. In that case, the amount of bromine cation would be suppressed and the reaction would slow down. No such salt effects are observed, however. That evidence suggests that, in the uncatalyzed reaction, the aromatic reacts directly with Br2.

In each case, a base must remove the proton from the cationic intermediate. An anion that would be present in solution has been chosen for this role.

The primary cation formed is very unstable. As a result, there is a high barrier to cation formation.

The cation that results is stabilized via π-donation from oxygen.

This is a substituted alkyl group. An alkyl group should be moderately activating, but the presence of a halogen exerts an inductive electron-withdrawing effect. The cation-stabilizing effect of the alkyl substituent is completely counteracted by the halogen.

The tertiary cations that result during ortho- and meta- substitution offer extra stability, leading to preferential formation of these cations.

The π-donation that occurs in the cations arising from ortho- and meta- substitution results in extra stability, leading to preferential formation of these cations.

The cation directly adjacent to the carbonyl is destabilized by the electron withdrawing effect of the ketone. By default, the other intermediate is preferentially formed.

The π-donation that occurs in the cations arising from ortho- and meta- substitution results in extra stability, leading to preferential formation of these cations. 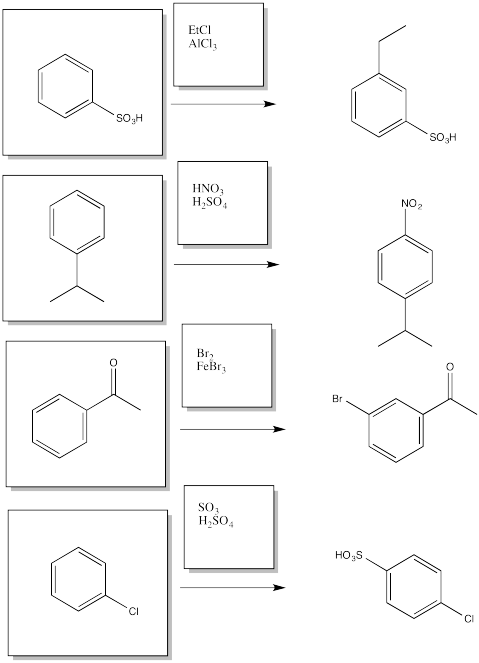 In cases leading to mixtures of ortho and para products, only one product was chosen, based on minimal steric interactions. 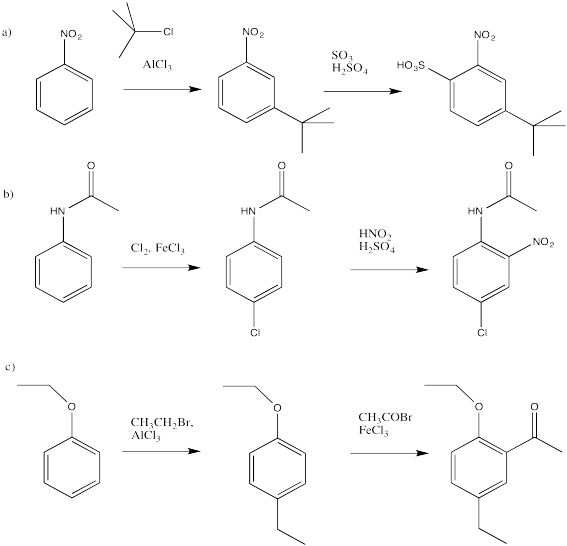