Alkene hydrogenation is the syn-addition of hydrogen to an alkene, saturating the bond. The alkene reacts with hydrogen gas in the presence of a metal catalyst which allows the reaction to occur quickly. The energy released in this process, called the heat of hydrogenation, indicates the relative stabily of the double bond in the molecule (see Catalytic Hydrogenation).

The reaction begins with H2 gas and an alkene (a carbon-carbon double bond). The pi bond in the alkene acts as a nucleophile; the two electrons in it form a sigma bond with one of the hydrogen atoms in H2. With the pi bond broken, the other carbon (the one that did not newly receive a hydrogen) is left with a positive formal charge. This is the carbocation intermediate. The remaining (unreacted) hydrogen is now a hydride anion, as it was left with two electrons previously in the H-H sigma bond. Next, the electrons of the negatively charged hydride ion form a bond with the positively charged carbon. This reaction is exothermic. It will occur, but it is very slow without a catalyst.

A catalyst increases the reaction rate by lowering the activation energy of the reaction. Although the catalyst is not consumed in the reaction, it is required to accelerate the reaction sufficiently to be observed in a reasonable amount of time. Catalysts commonly used in alkene hydrogenation are: platinum, palladium, and nickel. The metal catalyst acts as a surface on which the reaction takes place. This increases the rate by putting the reactants in close proximity to each other, facilitating interactions between them. With this catalyst present, the sigma bond of H2 breaks, and the two hydrogen atoms instead bind to the metal (see #2 in the figure below). The \(\pi\) bond of the alkene weakens as it also interacts with the metal (see #3 below).

Note: The catalyst remains intact and unchanged throughout the reaction.

The stability of alkene can be determined by measuring the amount of energy associated with the hydrogenation of the molecule. Since the double bond is breaking in this reaction, the energy released in hydrogenation is proportional to the energy in the double bond of the molecule. This is a useful tool because heats of hydrogenation can be measured very accurately. The \(\Delta H^o\) is usually around -30 kcal/mol for alkenes. Stability is simply a measure of energy. Lower energy molecules are more stable than higher energy molecules. More substituted alkenes are more stable than less substituted ones due to hyperconjugation. They have a lower heat of hydrogenation. The following illustrates stability of alkenes with various substituents:

Note: In cycloalkenes smaller than cyclooctene, the cis isomers are more stable than the trans as a result of ring strain. 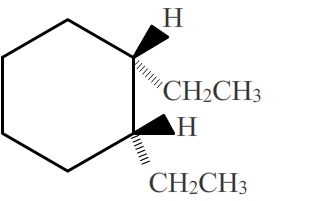