P5.1: For each molecule, predict the number of signals in the 1H-NMR and the 13C-NMR spectra (do not count split peaks - eg. a quartet counts as only one signal). Assume that diastereotopic groups are non-equivalent. 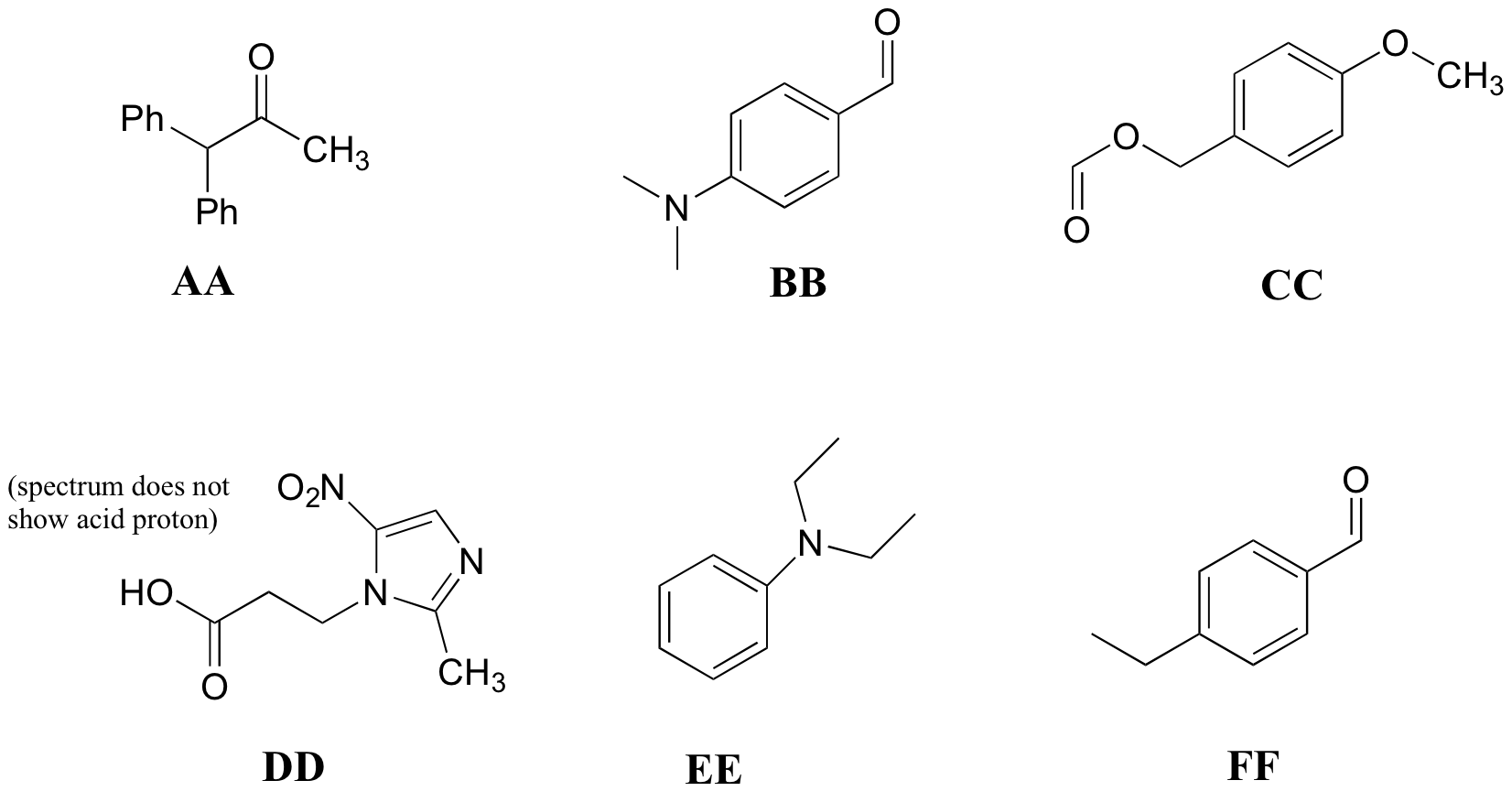