We have covered the basic ideas of atomic structure, but it is worth realizing that of all the elements only the noble gases are found naturally in a form such that their atoms occur as individuals, widely separated from all other atoms. Under the conditions that prevail on the surface of the earth, almost all atoms are linked by chemical bonds to other atoms. Oxygen, for example, is the most common element on earth. It is found in combination with metals in rocks, with hydrogen in water, with carbon and hydrogen in living organisms, or as the diatomic molecule O2 in the atmosphere, but individual oxygen atoms are quite rare. Most other elements behave in a similar way. Thus, if we want to understand the chemistry of everyday matter, we need to understand the nature of the chemical bonds which hold atoms together.

Theories of chemical bonding invariably involve electrons. When one atom approaches another, the valence electrons, found in the outermost regions of the atoms, interact long before the nuclei can come close together. Electrons are the least massive components of an atom, and so they can relocate to produce electrostatic forces which hold atoms together. According to Coulomb’s law, such electrostatic or Coulombic forces are quite large when charges are separated by distances of a few hundred picometers—the size of an atom. Coulombic forces, then, are quite capable of explaining the strengths of the bonds by which atoms are held together.

An important piece of evidence relating electrons and chemical bonding was noted by G. N. Lewis shortly after the discovery that the atomic number indicated how many electrons were present in each kind of atom. Most chemical formulas correspond to an even number of electrons summed over all constituent atoms. Thus H2O has 2 electrons from the 2 H's and 8 from O for a total of 10, NCl3 has 7 + (3 × 17) = 58 electrons, and so on. This is a bit surprising when you consider that half the elements have odd atomic numbers so that their atoms have an odd number of electrons. Lewis suggested that when atoms are bonded together, the electrons occur in pairs, thus accounting for the predominance of even numbers of electrons in chemical formulas. These pairs often leave bonded atoms with eight electrons in the outer most shell, known as the octet rule. The orbital shown below gives a visual example of the octet rule, as it has a full octet, or 8 valence electrons.

There are two important ways in which the valence shells of different atoms can interact to produce electron pairs and chemical bonds. When two atoms have quite different degrees of attraction for their outermost electrons, one or more electrons may transfer their allegiance from one atom to another, pairing with electrons already present on the second atom. The atom to which electrons are transferred will acquire excess negative charge, becoming a negative ion, while the atom which loses electrons will become a positive ion. These oppositely charged ions will be held together by the coulombic forces of attraction between them, forming an ionic bond. Since electrons are shifted so that one neutral atom becomes positively charged, and the other becomes negatively charged, substances formed from ionic bonding are often in pairs and are then referred to as binary ionic compounds. Binary ionic compounds are not too common, but the existence of polyatomic ions greatly extends the number of ionic substances. Oppositely charged ions are held in crystal lattices by strong coulombic forces, an example of which is pictured below.

This crystal lattice structure means the physical properties of ionic compounds include hardness, brittleness, and having high melting and boiling points. The majority of them dissolve in water, and in solution each ion exhibits its own chemical properties. Ionic compounds obey the octet rule, which explains why ions are generally in noble-gas electron configurations. An everyday example of an ionic compound, salt, can be seen below.

Figure 6.0.4 The bond shown above is covalent because the 2 electrons are shared between atoms.

Covalent bonding often produces individual molecules, like CO2 or CH3CH2OH, which have no net electrical charge and little attraction for each other. Thus covalent substances often have low melting and boiling points and are liquids or gases at room temperature. Occasionally, as in the case of SiO2, an extended network of covalent bonds is required to satisfy the octet rule. Such giant molecules result in solid compounds with high melting points. A common (if expensive) covalent solid, known for its hardness, is the diamond, pictured below. 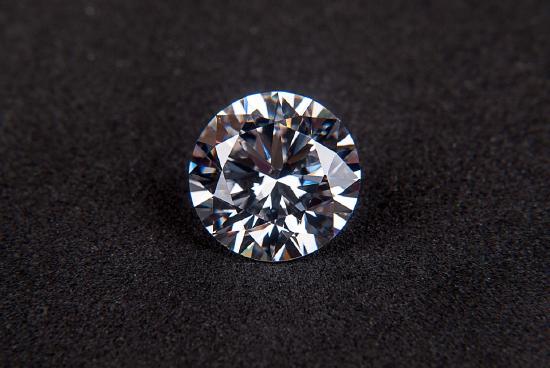 A number of atomic properties, such as ionization energy, electron affinity, van der Waals radii, covalent atomic radii, and ionic radii, are important in determining whether certain elements will form covalent or ionic compounds and what properties those compounds will have. In the next sections we will consider the formation of covalent and ionic bonds and the properties of some substances containing each type of bond. The figure below previews how each atomic property important to understanding bonding varies according to an atom’s position in the periodic table. The figure also includes one atomic property, electronegativity, which will be covered when we explore further aspects of covalent bonding in more depth.