The unique properties of coordination compounds are responsible for their often striking colors, reactivities, and their many applications. The most common stereochemistry of transition metal complexes is octahedral, with six ligands arranged around a central metal ion or atom.

Information: Ligand field stabilization energy (LFSE) is a comparison of the energies of the d-electrons in a transition metal ion complex to the energies in the uncomplexed metal ion. LFSE for an octahedral complex may be calculated from:

Four factors affect the magnitude of the splitting parameter (\(\Delta_{0}\)):

For most transition metal complexes, any orbital contribution is small and so consideration of the spin-only moment is sufficient:

The magnetic properties of coordination compounds give indirect evidence for the electronic configuration and orbital energy levels.

Model 3: The Jahn-Teller theorem states that there cannot be unequal occupation of orbitals with identical energies. For example, d9 ions would have the electron configuration t2g6eg3 with three electrons in the two degenerate eg orbitals without the Jahn-Teller effect. To remove this degeneracy, the complex undergoes elongation or compression along one axis (called a tetragonal distortion): 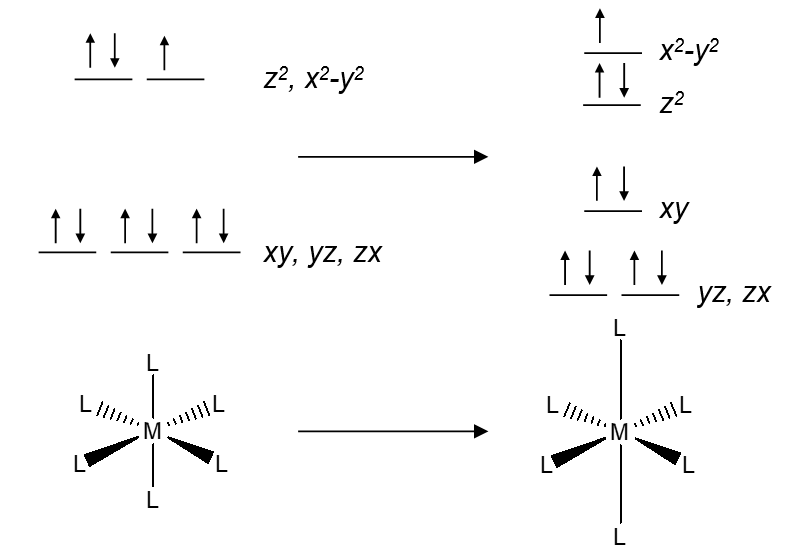