Valence bond theory uses Lewis diagrams to depict structure and bonding of covalent entities, such as molecules and polyatomic ions, henceforth molecules. The Lewis diagram of many a molecule, however, is not consistent with the observed properties of the molecule. The Lewis diagram of some molecules suggests a ring bearing a fully conjugated \(\pi\)-electron system, or loop of \(\pi\) electrons, provided each atom in the ring is sp2- or sp-hybridized. According to resonance theory, however, the rings in 1, 3, and 6 also should have a loop of \(\pi\) electrons. To find whether a ring is aromatic, antiaromatic, nonaromatic, or none of the above, use the following flow chart. 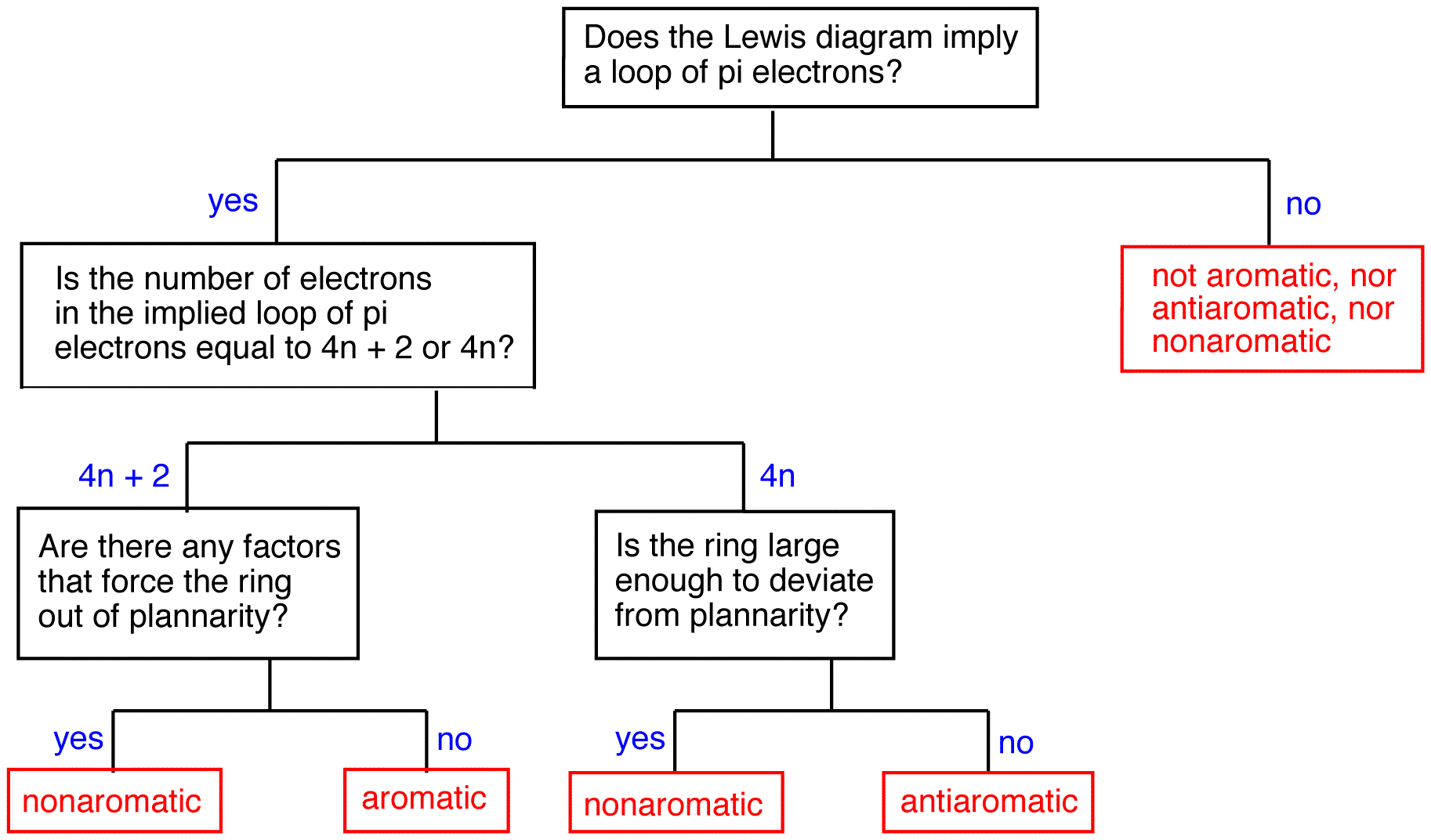