In chemistry, a radical (more precisely, a free radical) is an atom, molecule, or ion that has unpaired valence electrons or an open electron shell, and therefore may be seen as having one or more "dangling" covalent bonds.

With some exceptions, these "dangling" bonds make free radicals highly chemically reactive towards other substances, or even towards themselves: their molecules will often spontaneously dimerize or polymerize if they come in contact with each other. Most radicals are reasonably stable only at very low concentrations in inert media or in a vacuum.

Free radicals may be created in a number of ways, including synthesis with very dilute or rarefied reagents, reactions at very low temperatures, or breakup of larger molecules. The latter can be affected by any process that puts enough energy into the parent molecule, such as ionizing radiation, heat, electrical discharges, electrolysis, and chemical reactions. Indeed, radicals are intermediate stages in many chemical reactions.

The first organic free radical identified was triphenylmethyl radical. This species was discovered by Moses Gomberg in 1900 at the University of Michigan USA. Historically, the term radical in radical theory was also used for bound parts of the molecule, especially when they remain unchanged in reactions. These are now called functional groups. For example, methyl alcohol was described as consisting of a methyl "radical" and a hydroxyl "radical". Neither are radicals in the modern chemical sense, as they are permanently bound to each other, and have no unpaired, reactive electrons; however, they can be observed as radicals in mass spectrometry when broken apart by irradiation with energetic electrons.

In this chapter, we will learn about some reactions in which the key steps involve the movement of single electrons. You may recall from way back in section 6.1A that single electron movement is depicted by a single-barbed'fish-hook' arrow (as opposed to the familiar double-barbed arrows that we have been using throughout the book to show two-electron movement).

Single-electron mechanisms involve the formation and subsequent reaction of free radical species, highly unstable intermediates that contain an unpaired electron. We will learn in this chapter how free radicals are often formed from homolytic cleavage, an event where the two electrons in a breaking covalent bond move in opposite directions.

(In contrast, essentially all of the reactions we have studied up to now involve bond-breaking events in which both electrons move in the same direction: this is called heterolytic cleavage).

The high reactivity of free radical species and their ability to initiate chain reactions is often beneficial - we will learn in this chapter about radical polymerization reactions that form useful materials such as plexiglass and polyproylene fabric. We will also learn about radical reactions that are harmful, such as the degradation of atmospheric ozone by freon, and the oxidative damage done to lipids and DNA in our bodies by free radicals species. Finally, we will see how some enzymes use bound metals to catalyze high e 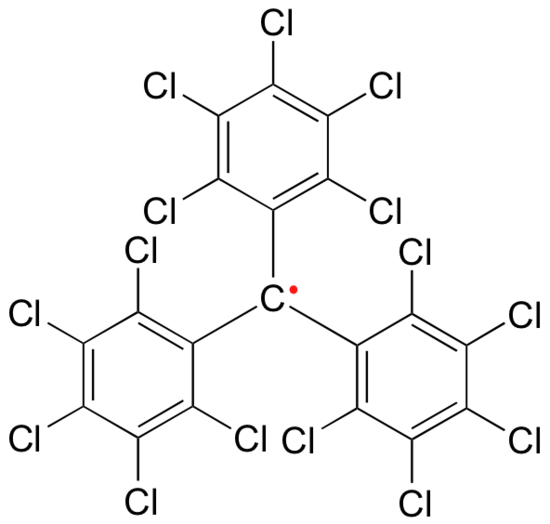