Hydrogenation of alkenes with heterogeneous catalysts

The double bond of an alkene consists of a sigma (σ) bond and a pi (π) bond. Because the carbon-carbon π bond is relatively weak, it is quite reactive and can be easily broken and reagents can be added to carbon. Reagents are added through the formation of single bonds to carbon in an addition reaction.

One important alkene addition reaction is hydrogenation., where the alkene undergoes reduction to an alkane.  In a hydrogenation reaction, two hydrogen atoms are added across the double bond of an alkene, resulting in a saturated alkane. Hydrogenation of a double bond is a thermodynamically favorable reaction because it forms a more stable (lower energy) product. In other words, the energy of the product is lower than the energy of the reactant; thus it is exothermic (heat is released). The heat released is called the heat of hydrogenation, which is an indicator of a molecule’s stability.

Although the hydrogenation of an alkene is a thermodynamically favorable reaction, it will not proceed without the addition of a catalyst. Because this reaction takes place on a planar surface, addition of hydrogen occurs on the same face of the double bond – a syn addition, in other words.  The catalytic hydrogenation of 1,2-dimethylcyclopentane will yield, for example, the cis dimethylcycloalkane product, with little or no formation of a trans product.

Other double bonds such as C=O can also be hydrogenated, but this reduction is usually slower than for hydrogenation of alkenes.  This fact can be used to advantage in carrying out selective reactions. For instance, hydrogenation of a carbon-carbon double bond can be achieved without simultaneously reducing a carbonyl bond in the same molecule. For example the carbon-carbon double bond of the following aldehyde can be reduced selectively:

Hydrogenation reactions are extensively used to create commercial goods.  Hydrogenation is used in the food industry to make a large variety of manufactured goods, like spreads and shortenings, from liquid oils. This process also increases the chemical stability of products and yields semi-solid products like margarine. Hydrogenation is also used in coal processing. Solid coal is converted to a liquid through the addition of hydrogen. Liquefying coal makes it available to be used as fuel.

Catalytic hydrogenation of alkenes is currently a hot topic in food chemistry.  Margarine is produced by partial hydrogenation of double bonds in the unsaturated fatty acids in liquid vegetable oils, usually with a nickel catalyst.  Complete hydrogenation would produce fully saturated fatty acids and lead to a lard-like product that is too hard to spread on toast, so conditions are adjusted to ensure that only some of the double bonds are hydrogenated while others are left in place, resulting in a soft and spreadable product.  This process is called partial hydrogenation. (you may learn more about the chemical basis of the relationship between lipid saturation and melting point in Soderberg’s book, section 2.4D).

It appears that these unnatural trans fatty acid isomers are unintentionally produced by the hydrogenation process. The problem is that there is no control over the regiochemistry or stereochemistry of the reverse (dehydrogenation) reaction.  Because only a limited amount of hydrogen is used in order to achieve partial (rather then complete) hydrogenation, the process is reversible, meaning that double bonds tend to re-form – and when they do, it is often in the lower-energy trans configuration, rather than the natural cis  configuration.  The figure below shows the partial hydrogenation of a linoleic acid hydrocarbon over a nickel catalyst, resulting in oleic acid, which is the desired cis-unsaturated product, as well as elaidic acid, the undesirable trans fat product. 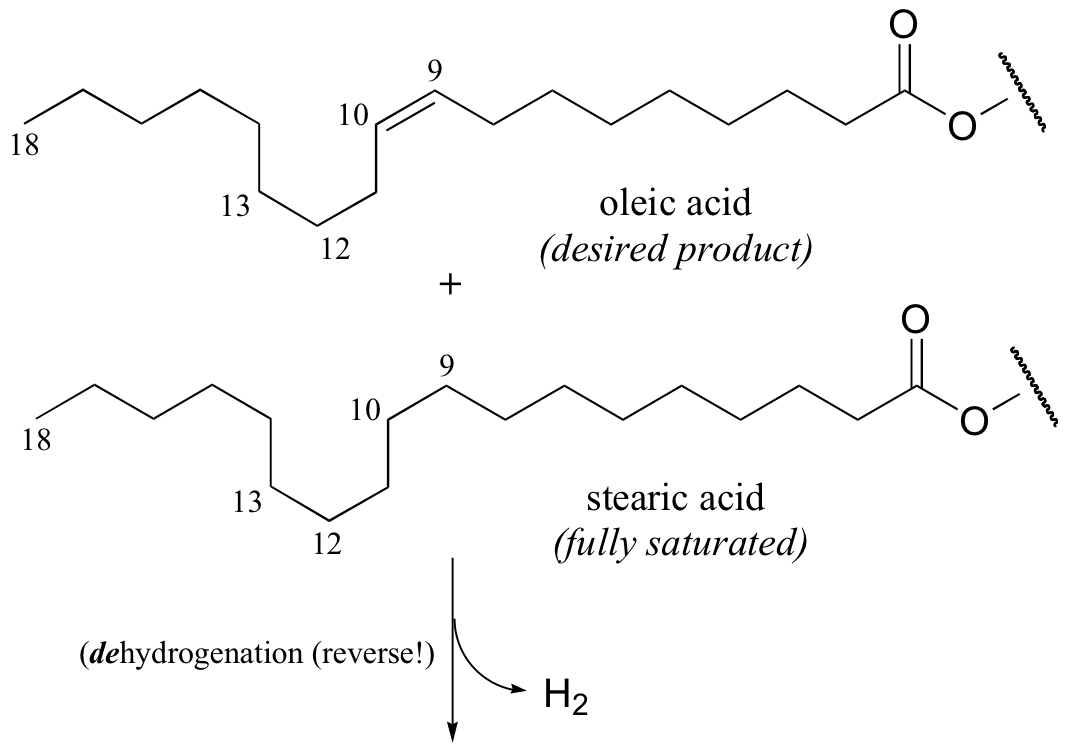 Food producers are increasingly adopting alternative hydrogenation technologies and production strategies in order to offer products that are free of trans fatty acids. (See J. Am. Diet. Assoc. 2006, 106, 867 for a detailed review of this topic). Catalytic hydrogenation of an alkyne using a typical transition-metal catalyst, such at Pt, Pd, of Ni, yields an alkane, e.g.,

The reaction occurs in two stages.

What if we want to convert the triple bond of an alkyne to the double bond of an alkene, rather than all the way to an alkane single bond?  Fortunately, there is a way to do this – an even better, we can choose whether to make a cis or a trans double bond!  To convert an alkyne to a cis-alkene, we carry out catalytic hydrogenation reaction using what is known as a ‘Lindlar catalyst” – finely powdered palladium deposited on calcium carbonate and modified with lead salts and quinoline.  This is essentially a less reactive version of the normal transition metal catalyst used in hydrogenation of alkenes.

If we want to make a trans-alkene, we use sodium metal and liquid ammonia in a very different type of reaction – the ‘dissolving metal reduction’.  We learnt about this reaction in section 18.4, since it involves a radical mechanism. A YouTube element has been excluded from this version of the text. You can view it online here: http://pb.libretexts.org/ochem2walker/?p=122 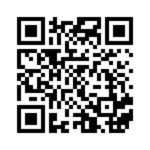