In “step 5” of planning a synthesis (section 11.2.), we briefly mentioned some common pitfalls in synthesis, referred to as synthetic traps.  More specifically, we introduced the concepts of incompatible groups and competing functional groups.  In this section, we’ll look in a little more detail at some examples.

First you should review section 7.4, to be sure that you understand the terms stereoselectivity, regioselectivity and chemoselectivity.

An incompatible group prevents the desired reaction, usually by reacting with the catalyst or reagent in a destructive way.  For example, an NH2 group on an aromatic ring is quite a strong Lewis base, and so it’s not surprising that it reacts exothermically and irreversibly with aluminium chloride (AlCl3), a Lewis acid.  Since AlCl3 is used as a catalyst for the Friedel-Crafts reaction, this means that it’s difficult to do a Friedel-Crafts reaction with an arylamine such as PhNH2.  (In some cases the reaction can be persuaded to work just by using a large amount of catalyst.)

What if we have two groups present that both react with the same reagent?  For example, HBr will add to an alkene but also convert a tertiary alcohol to an alkyl bromide.  In some cases, we may find that one group reacts selectively, but often such reactions are unselective, so we try to avoid these “ambiguous” reactions if possible when planning a synthesis.

Markovnikov’s Rule tells us that the nucleophilic group will go to the more substituted carbon.  But what happens if we have two carbons that are equally substituted?  We get a mixture!  If we wanted to make the left hand product, we’d be better off using a terminal alkyne, so that we can use Markovnikov’s Rule to give us only the product we want.

We may have a similar problem if we want only one stereoisomer, but the reaction gives a mixture.

When doing a synthesis, it’s tempting to make the product we want by wishful thinking.  For example, a student might want to add HCl to give the top product, the primary alkyl halide.  Unfortunately, for this reaction, Markovnikov’s Rule dictates that we get the secondary alkyl halide as virtually the only product.

If we want to make the primary alkyl chloride, it would be better to use a known method for anti-Markovnikov addition, followed by a functional group conversion.

When first learning synthesis, a common mistake is to take away the groups you don’t need before you put in the new groups.  Recall the sixth commandment for organic chemistry students:

“Thou shalt not create functionality at random places in an alkyl group, merely to satisfy the demands of a synthesis problem.  The alkane is an abominable synthetic intermediate, and thou art an holy nation.”

Losing all your functional groups in a synthesis is equivalent to a rock climber losing all their handholds & footholds – it never ends well!  The correct approach is to work with the functional groups you have, even if they’re in the wrong place – you can always use the “alkene shuffle” (section 11.3): 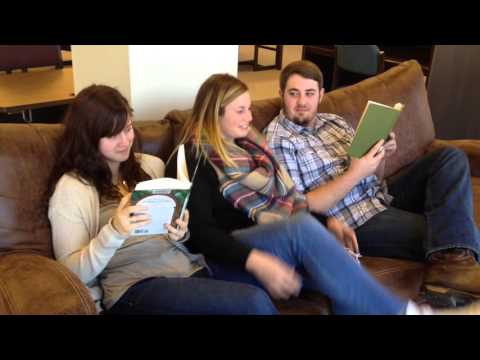 A YouTube element has been excluded from this version of the text. You can view it online here: http://pb.libretexts.org/ochem2walker/?p=76