P6.1: For each pair of molecules below, choose the stronger acid, and explain your choice. P6.2: For each pair of molecules below, choose the stronger base, and explain your choice. 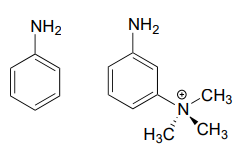 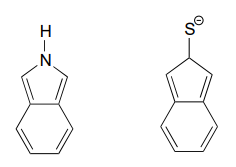 P6.3: Below are the structures of some well-known drugs. P6.5: Classify each of the nitrogen atoms in the coenzyme S-adenosylmethionine as an amine, amide, 'aniline-like', 'pyridine-like', or 'pyrrole-like'. Which nitrogen is most basic? Which is least basic? P6.6: Uric acid, an intermediate in the catabolism (breakdown) of the nucleotide adenosine, has four protons. Which would you expect to be the least acidic? Use resonance structures to explain your reasoning. Hint: consider protons 1-4 in turn, and what the conjugate base would look like if each proton were donated to a base: how well could the resulting negative charge be stabilized by resonance? P6.7: Estimate the net charge on a peptide with the sequence P-E-P-T-I-D-E (single-letter amino acid code), when it is dissolved in a buffer with \(pH = 7\) (don’t forget to consider the terminal amino and carboxylate groups).

P6.8: Estimate the net charge on a dipeptide of sequence D-I.

P6.9: Show the structures of species X and Y in the following acid-base reactions, and estimate the value of \(K_{eq}\) using the \(pK_a\) table. Assume that reactions involve equimolar amounts of acid and base.

P6.10: Locate the most basic site on the structure of the hallucinogenic drug known as LSD. 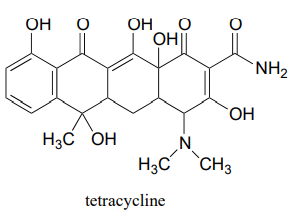 P6.12: In an enzyme active site, a lysine side chain is surrounded by phenylalanine, alanine, tryptophan, and leucine residues. Another lysine side chain is located on the surface of the protein, pointing out into the surrounding water. Which residue has the higher \(pK_a\), and why?

P6.13: (a-d) How would the immediate proximity of a magnesium ion affect the \(pK_a\) of the side chains of the following amino acids (relative to the ‘typical’ \(pK_a\) values given in the text)? Assume that all residues are located in the interior of the protein structure, not in direct contact with the outside buffer solution.

P6.15: The a-protons of ketones are, in general, significantly more acidic than those of esters. Account for this observation using structural arguments.

P6.16: 2-amino-2-hydroxymethylpropane-1,3-diol, (commonly known as 'Tris') and imidazole are very commonly used as buffers in biochemistry and molecular biology laboratories. You make two buffer solutions: One is 50 mM Tris at \(pH\) 7.0, the other 50 mM imidazole at \(pH\) 7.0 For each solution, calculate the concentration of buffer molecules in the cationic protonation state. P6.17: The compound pictured below is an unusual carbon acid (\(pK_a ~ 16\)) that does not contain any heteroatoms. Explain why it is so much more acidic than other hydrocarbons.