A pure chemical substance is any matter that has a fixed chemical composition and characteristic properties. Oxygen, for example, is a pure chemical substance that is a colorless, odorless gas at 25°C. Very few samples of matter consist of pure substances; instead, most are mixtures, which are combinations of two or more pure substances in variable proportions in which the individual substances retain their identity. Air, tap water, milk, blue cheese, bread, and dirt are all mixtures. If all portions of a material are in the same state, have no visible boundaries, and are uniform throughout, then the material is homogeneous. Examples of homogeneous mixtures are the air we breathe and the tap water we drink. One type of homogeneous mixture is called a solution. Thus air is a solution of nitrogen, oxygen, water vapor, carbon dioxide, and several other gases; tap water is a solution of small amounts of several substances in water. The specific compositions of both of these solutions are not fixed, however, but depend on both source and location; for example, the composition of tap water in Boise, Idaho, is not the same as the composition of tap water in Buffalo, New York. Although most solutions we encounter are liquid, solutions can also be solid. The gray substance still used by some dentists to fill tooth cavities is a complex solid solution that contains 50% mercury and 50% of a powder that contains mostly silver, tin, and copper, with small amounts of zinc and mercury. Solid solutions of two or more metals are commonly called alloys. 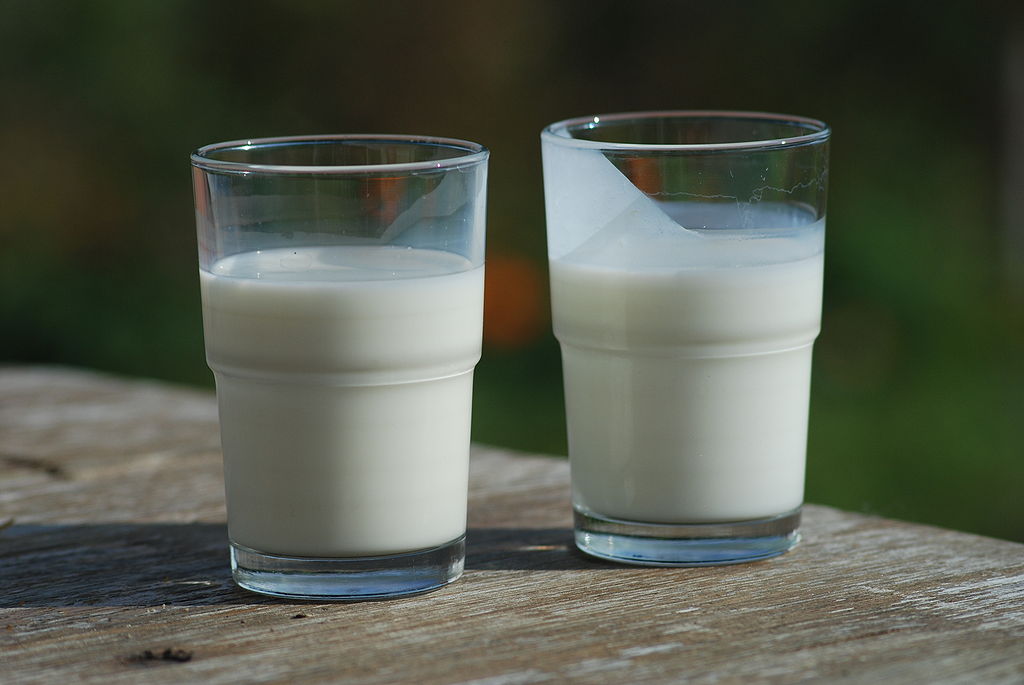 Most mixtures can be separated into pure substances, which may be either elements or compounds. An element, such as gray, metallic sodium, is a substance that cannot be broken down into simpler ones by chemical changes; a compound, such as white, crystalline sodium chloride, contains atoms of two or more elements that have been chemically combined, and has chemical and physical properties that are usually different from those of the elements of which it is composed. With only a few exceptions, a particular compound has the same elemental composition (the same elements in the same proportions) regardless of its source or history. The chemical composition of a substance is altered in a process called a chemical change. The conversion of two or more elements, such as sodium and chlorine, to a chemical compound, sodium chloride, is an example of a chemical change, often called a chemical reaction. Currently, about 118 elements are known, but millions of chemical compounds have been prepared from these 118 elements. The known elements are listed in the periodic table. The characteristics that enable us to distinguish one substance from another are called properties. A physical property is a characteristic of matter that is not associated with a change in its chemical composition. Familiar examples of physical properties include density, color, hardness, melting and boiling points, and electrical conductivity. We can observe some physical properties, such as density and color, without changing the physical state of the matter observed. Other physical properties, such as the melting temperature of iron or the freezing temperature of water, can only be observed as matter undergoes a physical change. A physical change is a change in the state or properties of matter without any accompanying change in its chemical composition (the identities of the substances contained in the matter). We observe a physical change when wax melts, when sugar dissolves in coffee, and when steam condenses into liquid water Figure \(\PageIndex{7}\). Other examples of physical changes include magnetizing and demagnetizing metals (as is done with common antitheft security tags) and grinding solids into powders (which can sometimes yield noticeable changes in color). In each of these examples, there is a change in the physical state, form, or properties of the substance, but no change in its chemical composition.

The change of one type of matter into another type (or the inability to change) is a chemical property. Examples of chemical properties include flammability, toxicity, acidity, reactivity (many types), and heat of combustion. Iron, for example, combines with oxygen in the presence of water to form rust; chromium does not oxidize Figure \(\PageIndex{8}\). Nitroglycerin is very dangerous because it explodes easily; neon poses almost no hazard because it is very unreactive.