Any sample of matter that has the same physical and chemical properties throughout the sample is called a substance. There are two types of substances. A substance that cannot be broken down into chemically simpler components is an element. Aluminum, which is used in soda cans, is an element. A substance that can be broken down into chemically simpler components (because it has more than one element) is a compound (Figure \(\PageIndex{1}\)). Water is a compound composed of the elements hydrogen and oxygen. Today, there are 118 elements in the known universe. In contrast, scientists have identified tens of millions of different compounds to date.

Sometimes the word pure is added to a substance, but this is not absolutely necessary. By definition, any single substance is pure.

The smallest part of an element that maintains the identity of that element is called an atom. Atoms are extremely tiny; to make a line 1 inch long, you would need 217 million iron atoms. The smallest part of a compound that maintains the identity of that compound is called a molecule. Molecules are composed of atoms that are attached together and behave as a unit. Scientists usually work with millions and millions of atoms and molecules at a time. When a scientist is working with large numbers of atoms or molecules at a time, the scientist is studying the macroscopic view of the universe.

Compounds can be further classified as being inorganic or organic. Organic compounds contain carbon, hydrogen, and usually another element from the right side of the periodic table. Be careful when thinking about organic chemicals. In the real world, the term "organic" is typically used to describe products that have natural ingredients. In the world of science, the word "organic" is used to denote compounds that have carbon and hydrogen connections. Look at some of the structures below to get an appreciation of organic chemical structures.

The two molecules shown below are heavily used in the pharmaceutical industry. The compound on the left is known as hydrocodone. This is an opioid painkiller that is extremely addictive. It is regularly dispensed for surgical and chronic pain. The compound on the right is Adderall. This medication is used to treat ADHD and narcolepsy. Both of these medications are controlled by the DEA (Drug Enforcement Agency) and are illegal to possess unless you have a valid prescription. 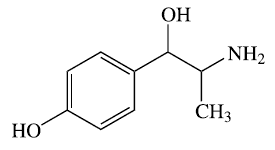 Hydrogen is an element. It can be located on the periodic table.

An egg (assume raw) would be a heterogeneous mixture. The yolk and egg white are two different substances that can be easily seen.

We know from our experience with water that substances can change from one phase to another if the conditions are right. Typically, varying the temperature of a substance (and, less commonly, the pressure exerted on it) can cause a phase change, a physical process in which a substance goes from one phase to another (Figure \(\PageIndex{3}\)). Phase changes have particular names depending on what phases are involved, as summarized in Table \(\PageIndex{1}\).

Hopefully, Furman air is a homogenous mixture (solution). If there is no burning or dust build-up in the area, this is safe to assume. Furman Lake is definitely a heterogeneous mixture (in some areas it can get a bit swampy). Copper wire is an element. There are very few elements in nature. Lastly, Furman tap water is usually a homogeneous mixture. Natural and man-made chemicals are in our tap water (trust me, you want the chlorine). Our toilets do use greywater which can look heterogeneous (ok for sewer but not to drink).

The physical changes are salt dissolving water, copper conducting, and water boiling. If composition is not changed, then this is a physical change. If there is a method to physically separate the components (like boiling, evaporation, distillation, magnetism, or filtration), then a physical change has occurred.