2. A mixture of ethers was separated into two fractions: A and B. Elemental analysis reveals that the fractions are structural isomers: 72% C, 12% H, and 16% O. The IR spectra for both fractions show a couple weak bands near 3050 cm-1, several stronger bands around 2950 cm-1, and a strong, sharp band near 1204 cm-1. The proton and 13C NMR spectra for each fraction are shown below. Give the common name and draw the bond-line structure for each fraction and correlate the NMR signals with their respective atoms. 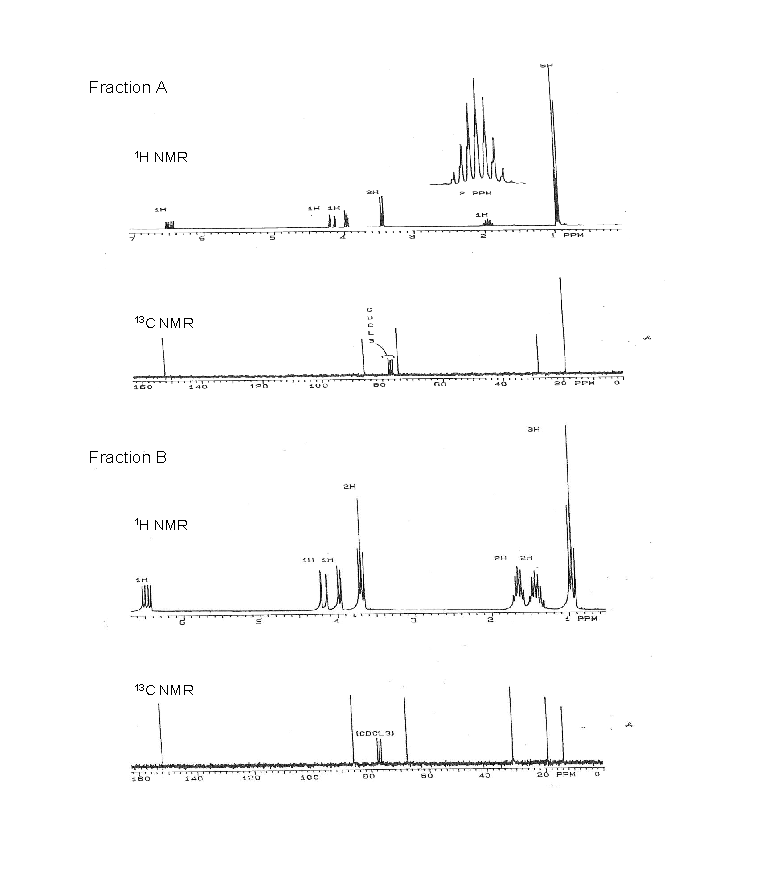