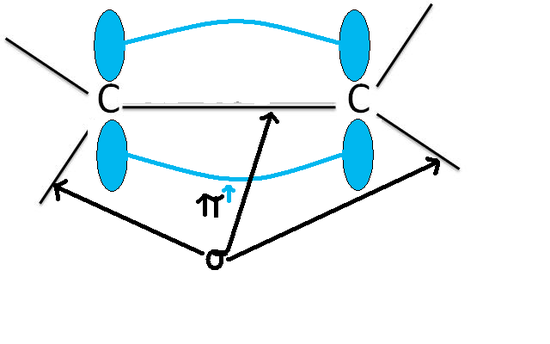 ii. Give the lowest possible number to the Carbon Carbon double bond.

iii. Add substituents and their position to the alkene as prefixes. Of course remember to give the lowest numbers possible. And remember to name them in alphabetical order when writting them.

iv. Next is identifying stereoisomers. when there are only two non hydrogen attachments to the alkene then use cis and trans to name the molecule.