This representation of rings is known as the Haworth formula. eg: cyclic forms of D-glucose To generate the Haworth formulas of the cyclic forms of a monosaccharide, use the following procedure, explained using the pyranoses of D-glucose.

Step 2: Number the carbon chain in 1 starting at the top.

Step 3: To generate the pyranose ring, the oxygen atom on C-5 in 1 needs to be attached to C-1 by a single bond. Step 4: Ignore that 2 is a Fischer projection and rotate it clockwise by 90º. Step 5: Redraw the atom chain along the horizontal axis as follows. 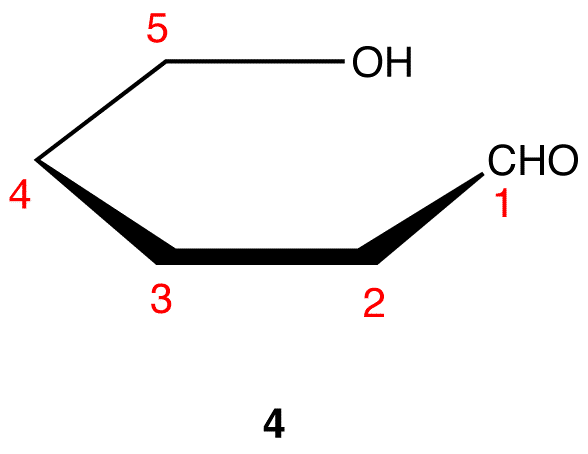 Step 10: Interchange the hydrogen atom and the hydroxy group on C-1 in 8. 8 and 9 are the Haworth formulas of the pyranoses of D-glucose. If, in the acyclic form of a monosaccharide, the hydroxy group that reacts with the carbonyl carbon is not on a chiral carbon (eg: D-fructose→pyranoses), skip step 3.