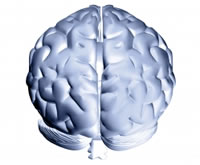 Intelligence The ability to learn from experience, solve problems, and use knowledge to adapt to new situations.

Intelligence is often measured by various tests and exams and traditionally has been referred to as school smarts. When you hear that John scored a 1590 on his SATs, what do you think? Do you think "he has no life and studied all throughout high school and missed every social event"? Do you think, "Wow, he is near perfect"? Do you think, "I wish that was me"?

In the early 1900s, the director of public instruction hired Alfred Binet to devise a test that would identify students who were not bright enough for the regular school system. The test Binet devised is now called the Stanford-Binet Intelligence Test, as it was updated and refined at Stanford University. Binet’s test focused on the verbal skills of the children taking the test. Binet is also attributed with the notion of an intelligence quotient (IQ).

Alfred Binet A French psychologist attributed for his work with intelligence testing and IQ.

Intelligence Quotient (IQ) A measure of intelligence originally obtained by comparing the mental age with the chronological age and dividing this sum by 100.