With this hybridization, each carbon forms a trigonal planar set of three \(\sigma\) bonds: two C–H (sp2 + s) and one C–C (sp2 + sp2) (part (a) in Figure \(\PageIndex{1}\)). After hybridization, however, each carbon still has one unhybridized 2pz orbital that is perpendicular to the hybridized lobes and contains a single electron (part (b) in Figure \(\PageIndex{1}\)). These two singly occupied 2pz orbitals can overlap in a side-to-side fashion to form a \(\pi\) bond. The orbitals overlap both above and below the plane of the molecule but form just one bonding orbital space. The C–C \(\pi\) bond plus the hybridized C–C \(\sigma\) bond together form a double bond.

Figure \(\PageIndex{1}\): Bonding in Ethylene. (a) The \(\sigma\)-bonded framework is formed by the overlap of two sets of singly occupied carbon sp2 hybrid orbitals and four singly occupied hydrogen 1s orbitals to form electron-pair bonds. This uses 10 of the 12 valence electrons to form a total of five \(\sigma\) bonds (four C–H bonds and one C–C bond). (b) One singly occupied unhybridized 2pz orbital remains on each carbon atom to form a carbon–carbon \(\pi\) bond. (Note: by convention, in planar molecules the axis perpendicular to the molecular plane is the z-axis.) Figure \(\PageIndex{2}\): Molecular Orbital Energy-Level Diagram for \(\pi\) Bonding in Ethylene. As in the diatomic molecules discussed previously, the singly occupied 2pz orbitals in ethylene can overlap to form a bonding/antibonding pair of \(\pi\) molecular orbitals. The two electrons remaining are enough to fill only the bonding \(\pi\) orbital. With one \(\sigma\) bond plus one \(\pi\) bond, the carbon–carbon bond order in ethylene is 2.

The two 2p orbitals on each carbon can align with the corresponding 2p orbitals on the adjacent carbon to simultaneously form a pair of \(\pi\) bonds (part (b) in Figure \(\PageIndex{2}\)). Because each of the unhybridized 2p orbitals has a single electron, four electrons are available for \(\pi\) bonding, which is enough to occupy only the bonding molecular orbitals. Acetylene must therefore have a carbon–carbon triple bond, which consists of a C–C \(\sigma\) bond and two mutually perpendicular \(\pi\) bonds. Acetylene does in fact have a shorter carbon–carbon bond (120.3 pm) and a higher bond energy (965 kJ/mol) than ethane and ethylene, as we would expect for a triple bond. 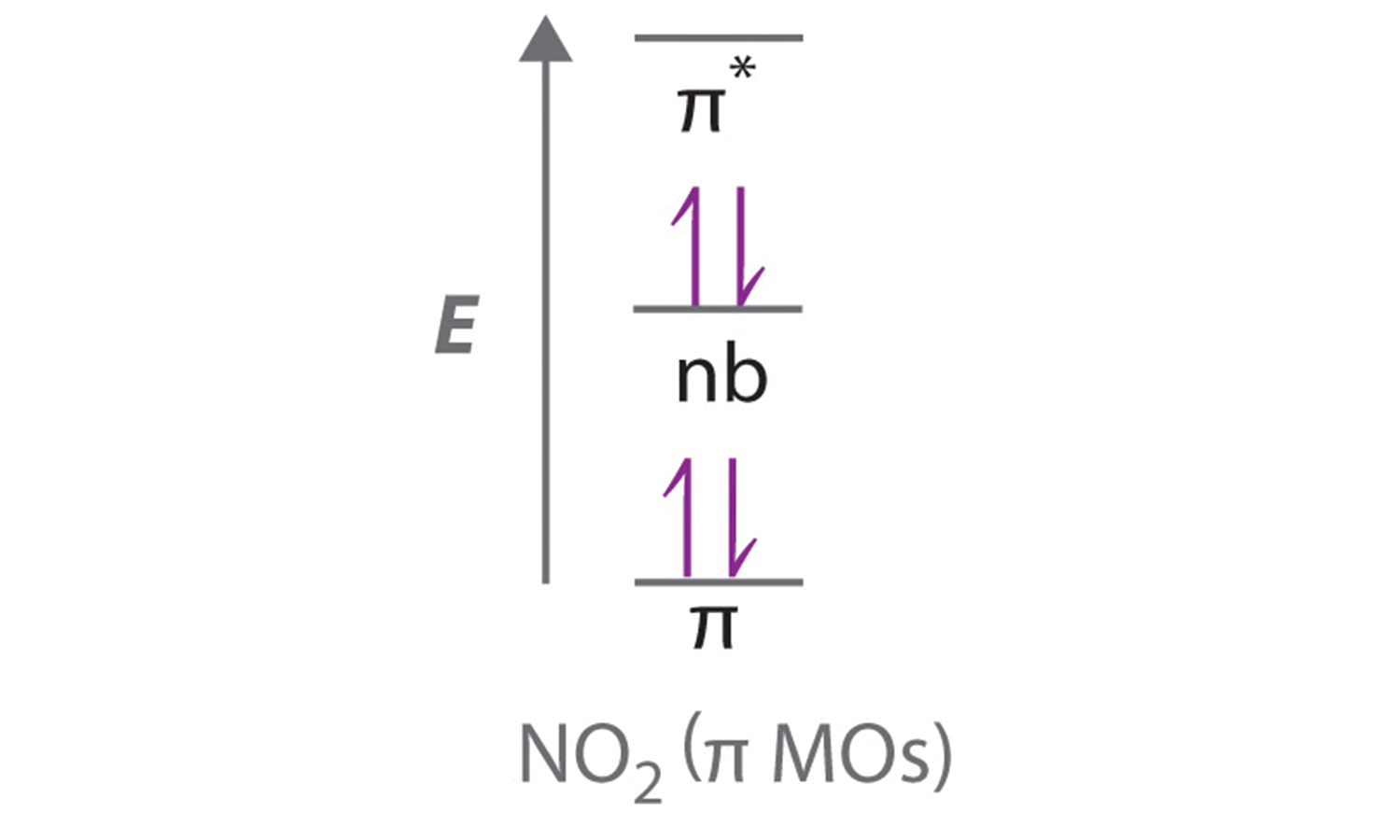 Figure \(\PageIndex{6}\): \(\pi\) Bonding in 1,3-Butadiene. (a) If each carbon atom is assumed to be sp2 hybridized, we can construct a \(\sigma\)-bonded framework that accounts for the C–H and C–C single bonds, leaving four singly occupied 2pz orbitals, one on each carbon atom. (b) As in ozone, these orbitals can interact, in this case to form four molecular orbitals. The molecular orbital at lowest energy is a bonding orbital with 0 nodes, the one at highest energy is antibonding with 3 nodes, and the two in the middle have 1 node and 2 nodes and are somewhere between bonding or antibonding and nonbonding, respectively. The energy of the molecular orbital increases with the number of nodes. With four electrons, only the two bonding orbitals are filled, consistent with the presence of two \(\pi\) bonds. 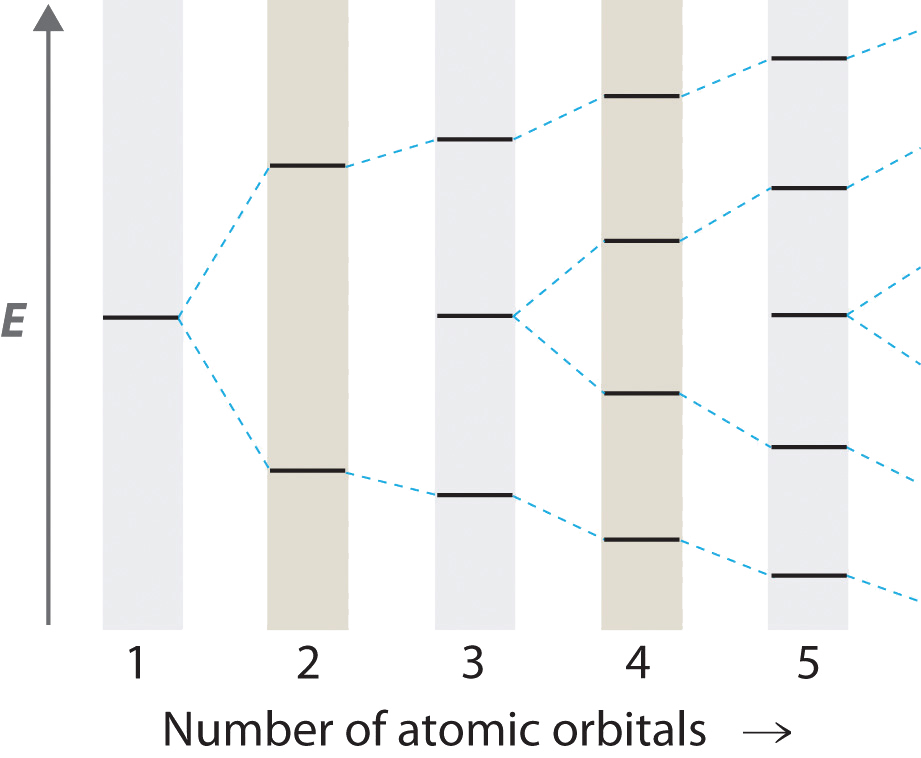 Figure \(\PageIndex{7}\): Molecular Orbital Energy-Level Diagrams for a Chain of n Like Orbitals That Interact (n ≤ 5).