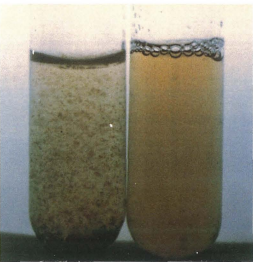 Figure 1.1 - The stabilization of Fe in aqueous solution by the protein coat of ferritin. In the absence of protein, at neutral pH, in air, flocculent precipitates of ferric hydrous oxide form. The equivalent concentration of Fe(III) in the solution of ferritin is about 1014 times greater than in the inorganic solution. Left: a solution of Fe(II)SO4, pH 7, in air after 15 min. Right: the same solution in the presence of apoferritin, the protein coat of ferritin (reprinted from Reference 6). Figure 1.2 - (A) Zinc-binding domains of a DNA-binding protein from frog eggs. Two of the nine repeating units of polypeptide with Zn-binding ligands are displayed, with two of the 7-11 zinc atoms per molecule in the configuration originally proposed by Klug and coworkers for "zinc fingers." The protein studied regulates the transcription of DNA to RNA and also binds to RNA, forming a storage particle.9 Recently, the putative zinc-binding sequence has been shown to occur in many nucleic acid-binding proteins.10 Each finger binds to a site on the double helix. However, other zinc-finger proteins function with fewer fingers, related apparently to the structure of the nucleic acid site. (B) Examples of the sea squirt (tunicate) Ascidia nigra (reproduced with permission from Reference 18a).

Figure 2.3 - Human carbonic anhydrase II viewed as a CPK model. The zinc ion is the green sphere at the bottom of the active site. The color codes for the other atoms are: C = white, H = cyan, N = blue, O = red, S = yellow. Among the zinc ligands, the His-94 ring and the water molecule are clearly visible at the right- and left-hand side of the zinc ion, respectively. The presence of a hydrophobic region above the zinc ion can also be discerned. The crevice that runs longitudinally below the active site is obstructed by the histidine ring of His-64, one of the invariant active-site residues. Figure 2.5 - Active site of human carbonic anhydrase II (A) and its NCS- adduct (B) viewed as CPK models. It is apparent from the comparison that the NCS- ion occupies a binding site (B site) that is more buried than the binding site of the OH- ion in the active form (A site). The water molecule in the NCS- adduct occupies the C site, which is pointing more toward the entrance of the cavity.64 Figure 2.28 - Active site of carboxypeptidase A viewed as CPK (A) and stick (B) models. The two views are taken from about the same perspective, i.e., from the entrance of the cavity. View B is self-explanatory. In view A, the zinc ion is the green sphere; its ligands are His-69 (on the right), His-196 (in the back), and Glu-72 (one of the two coordinated oxygens is clearly visible below the zinc ion). The coordinated water molecule (pointing outward) is hydrogen-bonded to Glu-270. On the opposite side of Glu-270 the three arginines (Arg-145, Arg-127, and Arg-71) can be seen, more or less on a vertical line, running from top to bottom of the figure. In the upper part of the figure, pointing outward, is the aromatic ring of Tyr-248. Behind it is the hydrophobic pocket.

Figure 2.34 - Liver alcohol dehydrogenase subunit viewed as a CPK model. The left-hand side of the molecule is the coenzyme binding domain and the right-hand side is the catalytic domain. The catalytic zinc ion is accessible from two channels located above (not visible) and below the coenzyme binding domain. The upper channel permits approach of the nicotinamide ring of the coenzyme. The lower channel permits approach of the substrate. The substrate channel closes up, trapping the substrate inside the molecule, when both coenzyme and substrate are present. 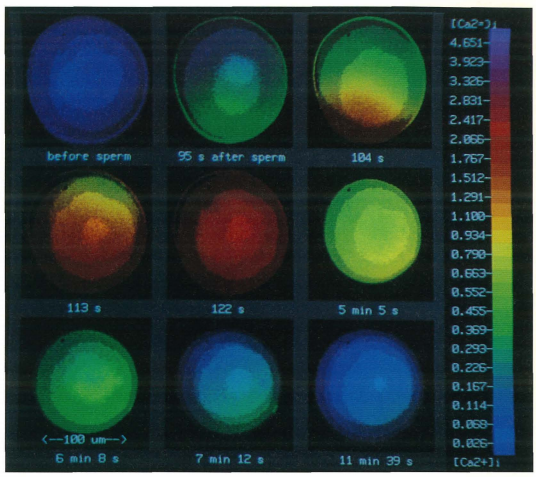 Figure 3.4 - A Fura-2 study of the transient Ca2+ fluxes in an egg of the sea urchin (Lutechinus pictus). The diameter of this egg is about 120 \(\mu\)M. The fluorescent dye was injected into the egg, and the fluorescence intensity with excitation at 350 and 385 nm was measured with a lower-light-Ievel television camera feeding a digital image processor (512 x 486 pixels). The image finally displayed in pseudocolor is the ratio of intensities at the two excitation wavelengths. The series of images shows a wave of high Ca2+ concentration that traverses the egg after it is fertilized by a sperm. Resting Ca2+ concentration is typically 100 nM and uniform through the cell. The fertilizing sperm sets off a transient wave of high Ca 2+ that begins as a local elevation and thereafter spreads rapidly. After 20-30 seconds, the Ca2+ concentration of the entire egg is uniformly high (~2 \(\mu\)M). The figure is from an experiment by M. Poenie, J. Alderton, R. Steinhardt, and R. Tsien; see also Reference 26. Figure 3.7 - The elemental distribution of Ca, Si, and Mn in the hair of the common stinging nettle (Urtica dioica) obtained using the Oxford University PIXE microprobe. The color code for Ca is: yellow, >3.4 M; orange, 2.0-3.4 M; red, 1.5-2.0 M; dark blue, 1-1.5 M; blue, 0.5-1.0 M; light blue, 0.1-0.5 M; white, <0.1 M. The color codes of Si and Mn are similar. The PIXE data show that the tip mainly is made up of Si (presumably amorphous silica), but the region behind is largely made up of Ca (calcium oxalate crystals). The base of the hair contains substantial amounts of Mn. The pictures were kindly provided by R. J. P. Williams. Figure 3.26 - Drawing of the crystal structure of the sarcoplasmic calcium-binding protein from Nereis diversicolor.130 The drawing is based on the a-carbon positions; helices are represented by thin ribbons, \(\beta\)-strands by thick ribbons, and Ca2+ ions by white spheres. Domain I (residues 1-40) is colored blue, domain II (41-86) yellow, domain III (87-126) red, and domain IV (127-174) green. Figore kindly provided by W. J. Cook. Figure 6.37 - Position of the Rps. sphaeroides RC in the membrane bilayer. Cofactors are displayed in red, lipids in yellow, the H subunit in green, and Land M subunits in blue.178 Reproduced with permission from Reference 178. 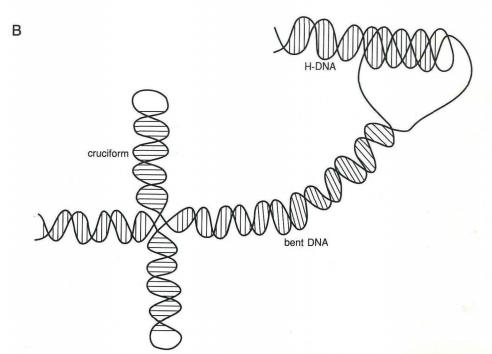