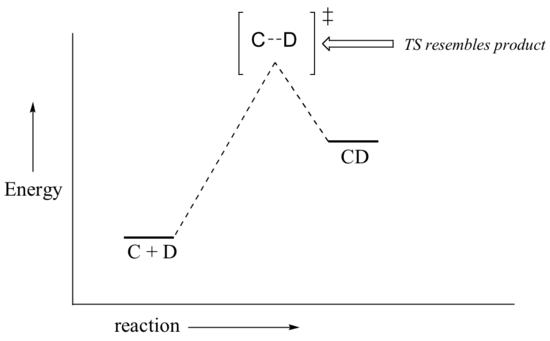 The Hammond postulate suggests that the activation energy of the rate-determining first step will be inversely proportional to the stability of the carbocation intermediate. The stability of carbocations is shown qualitatively below: