How a Nuclear Reactor Works

Electrical Power can be generated by using a variety of methods

Video \(\PageIndex{1}\): Nuclear Energy Explained: Risk or Opportunity. Anything with the word nuclear next to it usually comes with a fair bit of misunderstanding. Hopefully, this video demystifies the process of how nuclear fuels are turned into electricity and how we can use them in combination with renewables to reduce greenhouse gas emissions and the effects on the climate that comes with high levels of them.

Components of a Reactor

Chain reactions of fissionable materials can be controlled and sustained without an explosion in a nuclear reactor. Any nuclear reactor that produces power via the fission of uranium (U-235) or plutonium (Pu-239) by bombardment with neutrons must have at least five components: nuclear fuel consisting of fissionable material, a nuclear moderator, reactor coolant, control rods, and a shield / containment system.

The reactor works by separating the fissionable nuclear material such that a critical mass cannot be formed, controlling both the flux and absorption of neutrons to allow shutting down the fission reactions. In a nuclear reactor used for the production of electricity, the energy released by fission reactions is trapped as thermal energy and used to boil water and produce steam. The steam is used to turn a turbine, which powers a generator for the production of electricity.

Naturally occurring uranium is composed almost totally of two uranium isotopes. It contains more than \(99\%\) uranium-238 and less than \(1\%\) uranium-235. It is the uranium-235. However, that is fissionable (will undergo fission). For uranium to be used as fuel in a fission reactor, the percentage of uranium-235 must be increased, usually to about \(3\%\). (Uranium in which the \(\ce{U}\)-235 content is more than \(1\%\) is called enriched uranium.)The enriched UF6 gas is collected, cooled until it solidifies, and then taken to a fabrication facility where it is made into fuel assemblies. Each fuel assembly consists of fuel rods that contain many thimble-sized, ceramic-encased, enriched uranium (usually UO2) fuel pellets. Modern nuclear reactors may contain as many as 10 million fuel pellets. The amount of energy in each of these pellets is equal to that in almost a ton of coal or 150 gallons of oil. Once the supply of \(\ce{U}\)-235 is acquired, it is placed in a series of long cylindrical tubes called fuel rods. These fuel cylinders are bundled together with control rods made of neutron-absorbing material. The amount of \(\ce{U}\)-235 in all the fuel rods taken together is adequate to carry on a chain reaction but is less than the critical mass.

Neutrons produced by nuclear reactions move too fast to cause fission (Figure \(\PageIndex{4}\)). For efficient collisions to occur, a moderator must be used to slow the the speeds of the neutrons. Moderators can be composed of many different types of chemical substances.  The first experimental nuclear reactors  used high-purity graphite (or carbon) as a moderator. Today, many countries use light water (LW) as moderators. Otherwise known as H2O, this substance needs to in large supply.  Most LW reactors are built near lakes or other fresh water sources.   Depending of the type of fuel, a country would select a corresponding moderator for determining wattage output.  Other types of moderators that are used today include:  heavy water (HW which is D2O), carbon dioxide, beryllium, or graphite.

A nuclear reactor coolant is used to carry the heat produced by the fission reaction to an external boiler and turbine, where it is transformed into electricity. Two overlapping coolant loops are often used; this counteracts the transfer of radioactivity from the reactor to the primary coolant loop. All nuclear power plants in the US use light water as a coolant. Other coolants include molten sodium, lead, a lead-bismuth mixture, or molten salts.

Nuclear reactors use control rods (Figure \(\PageIndex{4}\)) to control the fission rate of the nuclear fuel by adjusting the number of slow neutrons present to keep the rate of the chain reaction at a safe level. Control rods are made of boron, cadmium, hafnium, or other elements that are able to absorb neutrons. Boron-10, for example, absorbs neutrons by a reaction that produces lithium-7 and alpha particles:

When control rod assemblies are inserted into the fuel element in the reactor core, they absorb a larger fraction of the slow neutrons, thereby slowing the rate of the fission reaction and decreasing the power produced. Conversely, if the control rods are removed, fewer neutrons are absorbed, and the fission rate and energy production increase. In an emergency, the chain reaction can be shut down by fully inserting all of the control rods into the nuclear core between the fuel rods.

During its operation, a nuclear reactor produces neutrons and other types radiation. Even when shut down, the decay products remain radioactive. In addition, an operating reactor is thermally very hot, and high pressures result from the circulation of water or another coolant through it. Thus, a reactor must withstand high temperatures and pressures, and must protect operating personnel from the radiation. Reactors are equipped with a containment system (or shield) that consists of three parts:

In addition, reactors are often covered with a steel or concrete dome that is designed to contain any radioactive materials might be released by a reactor accident. 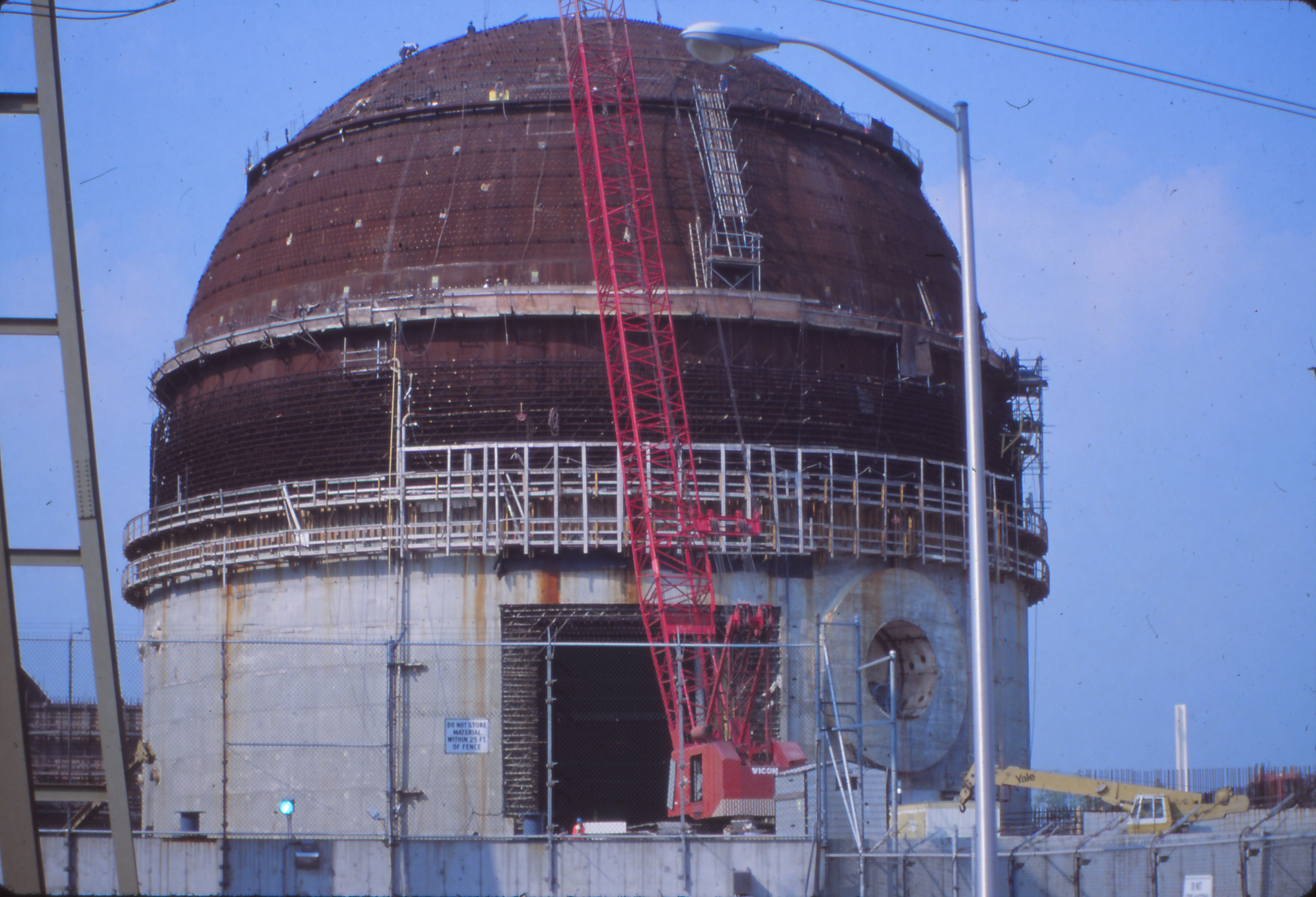 Nuclear power plants are designed in such a way that they cannot form a supercritical mass of fissionable material and therefore cannot create a nuclear explosion. But as history has shown, failures of systems and safeguards can cause catastrophic accidents, including chemical explosions and nuclear meltdowns (damage to the reactor core from overheating).

Read over this particular section of the OER and then watch both embedded videos. Test your knowledge of nuclear reactors by answering the questions below.

1. What particle bombards U-235 to produce fission?

2. How does the fission reaction in a nuclear weapon differ than than of a reactor?

3. What is the purpose of a control rod in a nuclear reactor?

4. In moving the control rods, must electricity always be applied?

6. What is the purpose of a coolant?  What is the chemical formula of the coolant described in this video?

7.  If coolant leaks out of the reactor, then what could happen?