Let’s take a historical perspective on the creation of the science, which didn’t really exist until a super-smart, super-wealthy Frenchman put the puzzle pieces together—Hank tells the story of how we went from alchemists to chemists, who understood the law of conservation of mass as proposed by a decapitated aristocrat, and explains how we came to have a greater understanding of how chemical compounds work and eventually a complete understanding of what atoms and molecules are. 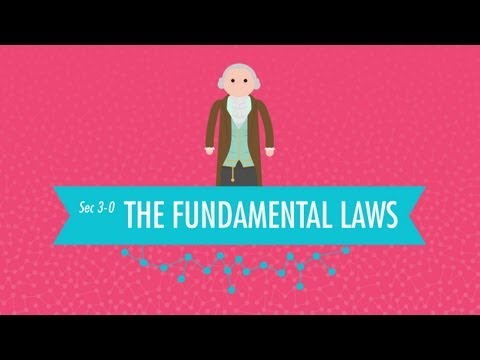 Science is working tirelessly night and day to disprove its own theories about how the universe works (or at least, that’s what science thinks it’s doing). The video gives a quick history of how we came to create and adopt the scientific method and then gives us a vision of the future of science (hint: it involves a lot more computers and a lot less pipetting). Richard Phillips Feynman, 11, 1918–February 15, 1988 was an American theoretical physicist. During his lifetime, Feynman became one of the best-known scientists in the world. Known for his work in the path integral formulation of quantum mechanics, the theory of quantum electrodynamics, and the physics of the superfluidity of supercooled liquid helium. He received the Nobel Prize in Physics in 1965. In a 1999 poll of 130 leading physicists worldwide by the British journal Physics World he was ranked as one of the ten greatest physicists of all time.

Feynman assisted in the development of the atomic bomb during World War II and became known to a wide public in the 1980s as a member of the Rogers Commission, the panel that investigated the Space Shuttle Challenger disaster. In addition to his work in theoretical physics, Feynman has been credited with pioneering the field of quantum computing, and introducing the concept of nanotechnology.

Hank takes a break from the desk to bring you to the lab in order to demonstrate some important points about the practical side of chemistry—experimentation in the laboratory. You’ll learn what to wear in the lab, how to dispose of chemicals safely, how to avoid the most common accidents, how to pour solutions properly, what the HazMat diamond means, what an MSDS is, and how to use a fume hood. And as a reward for sticking with him through this maybe less-than-thrilling lecture, you’ll see Hank subject himself to an exciting piece of safety apparatus.