Incorporation of an oxygen atom into carbon- and hydrogen-containing molecules leads to new functional groups and new families of compounds. When the oxygen atom is attached by single bonds, the molecule is either an alcohol or ether.

Alcohols are derivatives of hydrocarbons in which an –OH group has replaced a hydrogen atom. Although all alcohols have one or more hydroxyl (–OH) functional groups, they do not behave like bases such as NaOH and KOH. NaOH and KOH are ionic compounds that contain OH– ions. Alcohols are covalent molecules; the –OH group in an alcohol molecule is attached to a carbon atom by a covalent bond.

Ethanol, CH3CH2OH, also called ethyl alcohol, is a particularly important alcohol for human use. Ethanol is the alcohol produced by some species of yeast that is found in wine, beer, and distilled drinks. It has long been prepared by humans harnessing the metabolic efforts of yeasts in fermenting various sugars:

Large quantities of ethanol are synthesized from the addition reaction of water with ethylene using an acid as a catalyst:

Alcohols containing two or more hydroxyl groups can be made. Examples include 1,2-ethanediol (ethylene glycol, used in antifreeze) and 1,2,3-propanetriol (glycerine, used as a solvent for cosmetics and medicines): 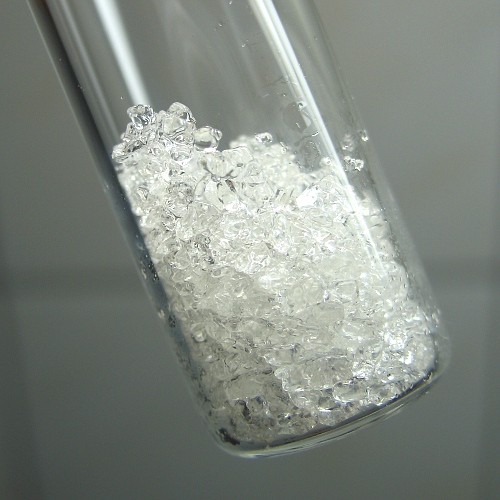