Alkenes contain carbon-carbon double bonds and are unsaturated hydrocarbons with the molecular formula is CnH2n; this is also the same molecular formula as cycloalkanes. Alkenes are named by dropping the -ane ending of the parent and adding -ene.

Structure 2: cis and trans convention cannot be used there are more than two non hydrogen attachments to the alkene 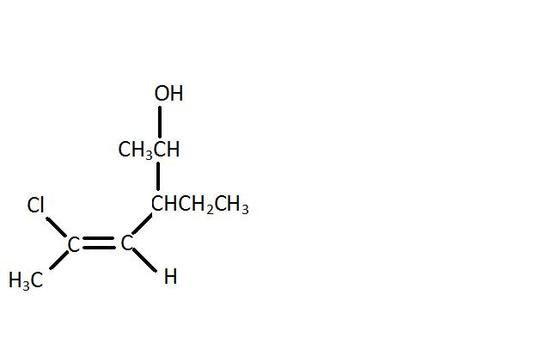