Students will be able to:

A method is a function that “belongs to” an object. Some of the methods available with a list object are shown below. Some of the methods have already been used in the previous activity. To use the method, you access them with the name of the list followed by the method and arguments in parenthesis e.g. list.append(“new data").

4. This exercise will guide you through writing a program that generates 100 numbers between 1 and 500 and puts them in a list. The program prints the numbers, sorts the numbers, reverses the order of the numbers, determines the number of times a given number is in the list and prints the largest and smallest number. 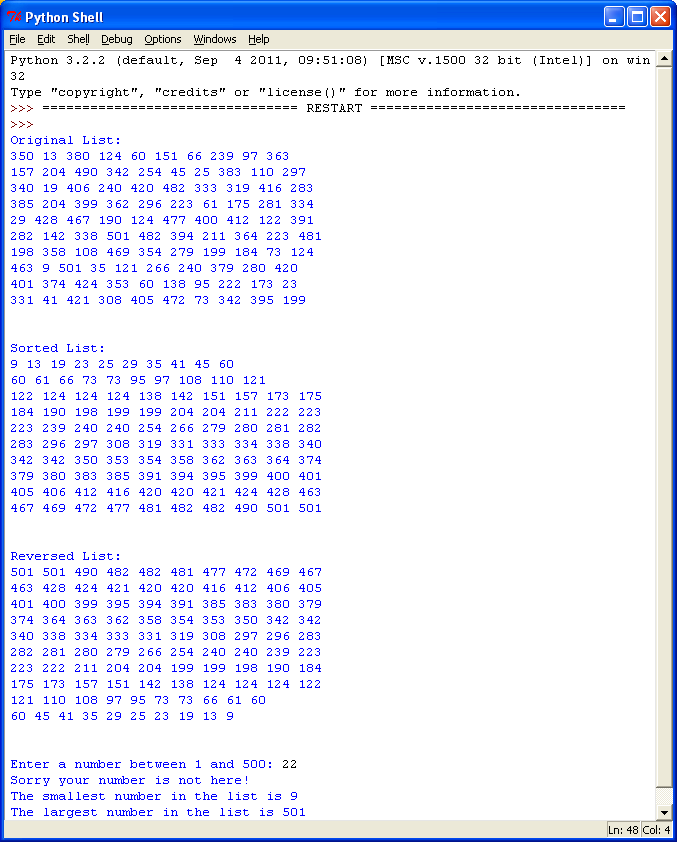 5.  Enter and execute the following code.

What does the program do?

6.  Add the following code to the program above: