Algal blooms like the ones in the photos below may be harmful when the algae are toxic, or if they reduce the oxygen concentration enough to emperil other organisms. [1]. Blooms are visible because algae concentrations may reach millions of cells per milliliter. Blooms often result when one limiting reagent is supplied to the environment, either naturally, or through Human activities. A limiting reagent is one of several reactants that is necessary for a reaction to occur, but which is present in low concentration, so no reaction occurs even though there is an excess of all other reactants.

The limiting reagent that prevents uncontrolled algae growth is often phosphorus, and it may be in low concentrations because phosphate mineral sources ("phosphate rock", like apatite) are insoluble.

Phosphate often limits growth of foodcrops, so producing soluble phosphate is a significant sector of the fertilizer industry. Runoff from agricultural fields is often the cause of algal blooms.

Phosphate rock is solubilized for fertilizer by treatment with sulfuric acid, giving phosphoric acid and, as a byproduct, gypsum (CaSO4· 2 H2O used in Plaster of Paris and "drywall"). 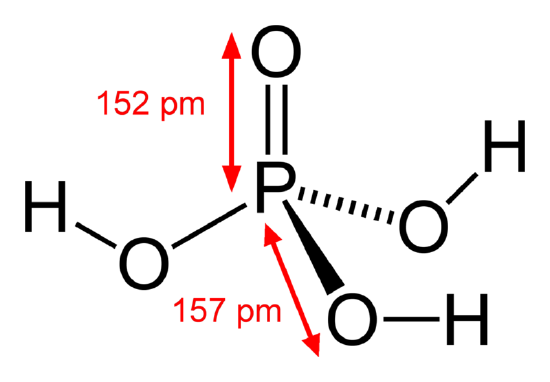 EXAMPLE 1 When 100.0 g of chloroapetite rock is reacted with 100.0 g of sulfuric acid to form phosphoric acid and gypsum, which is the limiting reagent? --- Solution The balanced equation

This indicated that there was not enough Ca5(PO4)3Cl to react with all the H2SO4 and Ca5(PO4)3Cl was the limiting reagent. The corresponding general rule, for any reagents X and Y, is

The phosphoric acid may be applied as a fertilizer solution, or converted to trisodium phosphate (TSP), a solid: TSP is used as a cleaning and degreasing agent, and was used extensively in household detergents in the US until its deleterious effects on the environment were appreciated in the 1970s.[6]

Since release of TSP and phosphoric acid may not be controlled in all countries, and in all activities, they often provide a source for phosphorus which is a limiting reagent in nature because of the low solubility of mineral phosphates.

As we explained when we discussed the significance of formulas, ecological stoichiometry examines the stoichiometric relationship between the nutritional demands of a species and the food available to the species.[7] [8]. Proponents say that "Ecological stoichiometry recognizes that organisms themselves are outcomes of chemical reactions and thus their growth and reproduction can be constrained by supplies of key chemical elements [especially carbon (C), nitrogen (N) and phosphorus (P)]".[9]

For example, by writing an approximate chemical equation for photosynthesis in oceanic algae, we can predict which nutrients (nitrogen as potassium nitrate, KNO3-, phosphorus as phosphoric acid, H3PO42-, etc.) are required for algae growth, and what products result from algal respiration.

Example 4 from Equations and Mass Relationships also illustrates the idea that one reactant in a chemical equation may be completely consumed without using up all of another. In the environment, inexpensive reagents like atmospheric O2 are often supplied in excess. Some portion of such a reagent will be left unchanged after the reaction. Conversely, at least one reagent is usually completely consumed. When it is gone, the other excess reactants have nothing to react with and they cannot be converted to products. The substance which is used up first is the limiting reagent.

EXAMPLE 2 In a small scale experiment to model fertilizer runoff, water containing 10 g of H3PO4 contaminates a small pond which already contains 300 g of KNO3. If the pond contains stable algae which forms according to the equation above, and plenty of CO2 and other reactants are available, (a) what is the limiting reagent, and (b) how much algae can form as a result of the runoff?

a) The stoichiometric ratio connecting KNO3 and H3PO4 is

Since this ratio is larger than the stoichiometric ratio, you have more than enough KNO3 to react with all the H3PO4. H3PO4 is the limiting reagent, and you will want to order more of it first since it will be consumed first. b) The amount of product formed in a reaction may be calculated via an appropriate stoichiometric ratio from the amount of a reactant which was consumed. Some of the excess reactant KNO3 will be left over, but all the initial amount of H3PO4 will be consumed. Therefore we use nH3PO4 (initial) to calculate how much algae can be obtained

These calculations can be organized as a table, with entries below the respective reactants and products in the chemical equation. The H+ and K+ have been omitted.