The ability to serve a variety of functions is characteristic of most biomolecules. Nowhere is this versatility better exemplified than by the proteins. Perhaps because of their many functions, proteins are the most abundant organic molecules in living cells, constituting more than 50 percent of the mass once water is removed. It is estimated that the human body contains well over a million different kinds of protein, and even a single-cell organism contains thousands. Each of these is a polymer of amino acids which has a highly specific composition, a unique molecular weight (usually in the range from 6000 to 1 000 000) and its own sequence of different amino acids along the polymer chain.

Classification based on composition

Proteins may be divided into two major classes on the basis of their behavior when reacted with water. The products obtained upon hydrolysis of simple proteins are all amino acids. In the case of conjugated proteins other organic and/or inorganic substances are obtained. The non-amino acid portions of conjugated proteins may consist of metals, lipids, sugars, phosphate, or other types of molecules. These components are referred to as prosthetic groups.

Classification based on structural shape

Proteins may also be subdivided on the basis of their molecular shape or conformation. In the fibrous proteins long polymer chains are arranged parallel or nearly parallel to one another to give long fibers or sheets. This arrangement results in physically tough materials which do not dissolve in water. The fibrous proteins are fundamental components of structural tissues such as tendons, bone, hair, horn, leather, claws, and feathers.

By contrast, polymer chains of the globular proteins fold back on themselves to produce compact, nearly spherical shapes. Most globular proteins are water-soluble and hence are relatively mobile within a cell. Some examples are enzymes, antibodies, hormones, toxins, and substances such as hemoglobin whose function is to transport simple molecules or even electrons from one place to another. The enzyme trypsin, is a typical globular protein. 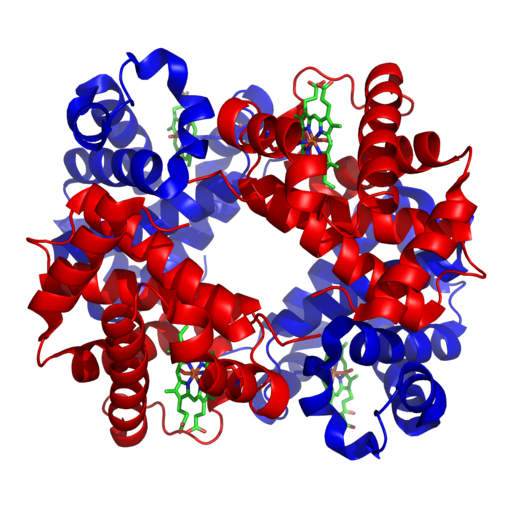 Another class of proteins are the membrane proteins, which, as the name would suggest, reside in a cell's lipid bilayer membrane. Such proteins can act as channels for ions or other molecules unable to pass through the lipid bilayer; as signal transducers, able to respond to signal molecules on one side of a membrane to begin a molecular response on the other side of the membrane; or as anchors of other molecules to the cell membrane, to name a few exemplars of membrane protein function. Because these proteins interface with non-polar portions of the lipid bilayer, they do no maintain function and structure in an aqueous solution, making them far more difficult to study than globular proteins or fibrous proteins. 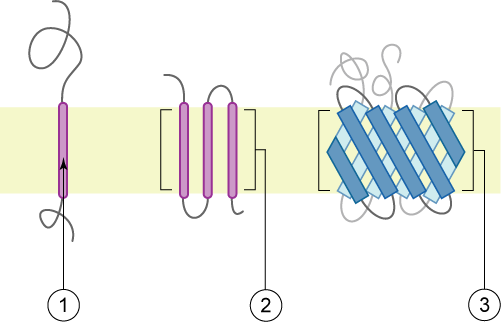