Although the calculations described in this section will help you understand the principles of NMR, it is the actual delta values, not the calculations, which are of greatest importance to the beginning organic chemist. Thus, we shall try to focus on the interpretation of NMR spectra, not the mathematical aspects of the technique. 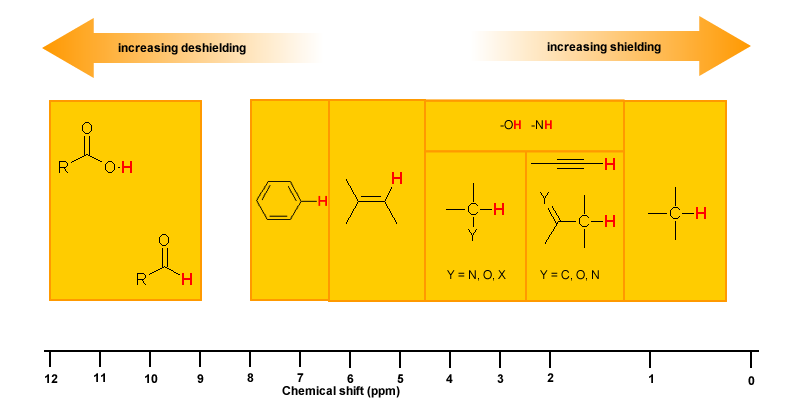 The following peaks were from a H1 NMR spectra from a 400 MHz spectrometer. Convert to δ units

Butan-2-one shows a chemical shift around 2.1 on a 300 MHz spectrometer in the H1 NMR spectrum.

A. How far downfield is this peak from TMS in Hz?

B. If the spectrum was done with a 400 MHz instrument, would a different chemical shift be seen?

C. On this new 400 MHz spectrum, what would be the difference in Hz from the chemical shift and TMS?