The Woodward-Hoffman rules (R. B. Woodward was one of the U.S.'s most successful and renowned organic chemists; Roald Hoffmann is a theoretical chemist. Hoffmann shared the 1981 Nobel Prize with Kenichi Fukui) allow us to follow the symmetry of the occupied molecular orbitals along a suggested reaction path connecting reactants to products and to then suggest whether a symmetry-imposed additional energy barrier (i.e., above any thermodynamic energy requirement) would be expected. For example, let us consider the disrotatory closing of 1,3-butadiene to produce cyclobutene. The four \(p\) orbitals of butadiene, denoted \(\pi_1\) through \(\pi_4\) in the figure shown below, evolve into the \(\sigma\) and \(\sigma^{*}\) and \(\pi\) and \(\pi^{*}\) orbitals of cyclobutene as the closure reaction proceeds. Along the disrotatory reaction path, a plane of symmetry is preserved (i.e., remains a valid symmetry operation) so it can be used to label the symmetries of the four reactant and four product orbitals. Labeling them as odd (o) or even (e) under this plane and then connecting the reactant orbitals to the product orbitals according to their symmetries, produces the orbital correlation diagram shown below. 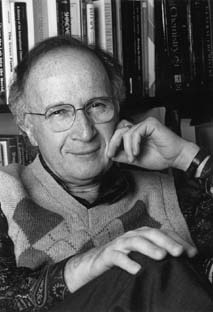 The four \(\pi\) electrons of 1,3-butadiene occupy the \(\pi_1\) and \(\pi_2\) orbitals in the ground electronic state of this molecule. Because these two orbitals do not correlate directly to the two orbitals that are occupied (\(\sigma\) and \(\pi\)) in the ground state of cyclobutene, the Woodward-Hoffmann rules suggest that this reaction, along a disrotatory path, will encounter a symmetry-imposed energy barrier. In contrast, the excited electronic state in which one electron is promoted from \(\pi_2\) to \(\pi_3\) (as, for example, in a photochemical excitation experiment) does correlate directly to the lowest energy excited state of the cyclobutene product molecule, which has one electron in its p orbital and one in its p* orbital. Therefore, these same rules suggest that photo-exciting butadiene in the particular way in which the excitation promotes one electron from \(\pi_2\) to \(\pi_3\) will produce a chemical reaction to generate cyclobutene.